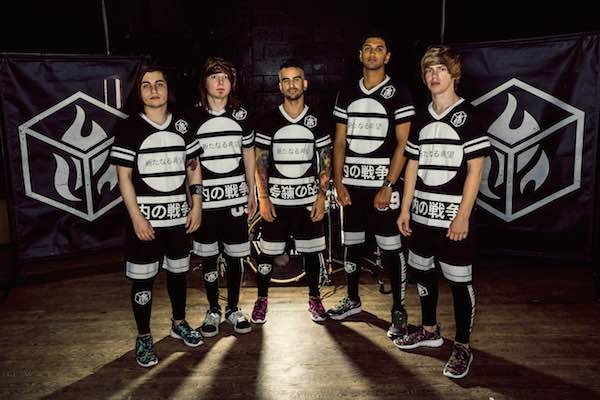 “I can see the light/Shining through the darkness/Against all odds/I'm still here” professes A War Within vocalist Spencer Maybe during the emotive metal of “A New Hope”.  Created from the remains of previous projects and groups of friends, the southeast Michigan five-piece is looking toward the future with their continually evolving mix of modern metalcore and the throwback intensity of yesterday. When asked about their sound, as cliche as it may sound, the band stated “we write songs that we want to hear in hopes fans will pick up on that.” Maybe would go on to define the struggle and victories of an up-and-coming outfit:”We’re out here touring, playing shows, hustling merch and grinding our lives away because we just want to make music.”

You can grab a listen to their first single “A New Hope” at AWWMusic.com or watch the video below. The band is going to be heading into an extensive touring schedule starting in late-2015 in support of their upcoming self titled release coming early next year — peep the dates following the video.