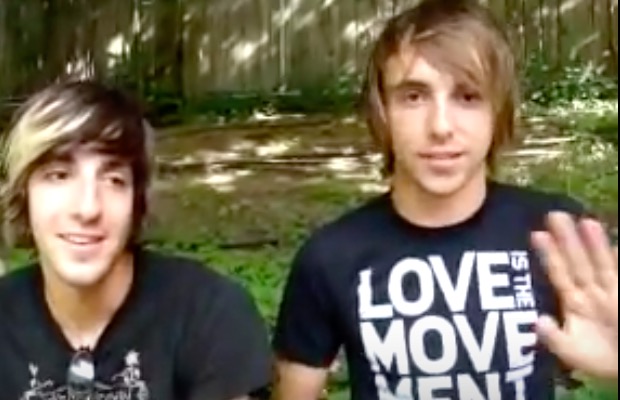 While on Warped Tour in 2007, All Time Low's Alex Gaskarth and Jack Barakat did an interview in which they touched on starting out as a Blink-182 cover band. “Me and Alex met in the 8th grade,” began Jack. “We started separate Blink-182 cover bands and in 9th grade we all came together to form the ultimate Blink-182 cover band.” Alex chimed in with a few comments of his own, saying, “Jack harassed the other 50 percent of the band and convinced them to join—against their will, I think. Eventually, after we learned pretty much every Blink-182 song, New Found Glory song and Green Day song there were to know, we started writing our own music, and it kinda' caught on.”

Read more: Metro Station call out All Time Low at the APMAs

At that time, All Time Low had just released their sophomore full-length album, So Wrong, It’s Right. Throughout the rest of the interview, Alex and Jack talk Warped, upcoming tours with We The Kings, Valencia and others, and how “Dear Maria, Count Me In” was starting to take off as a single.