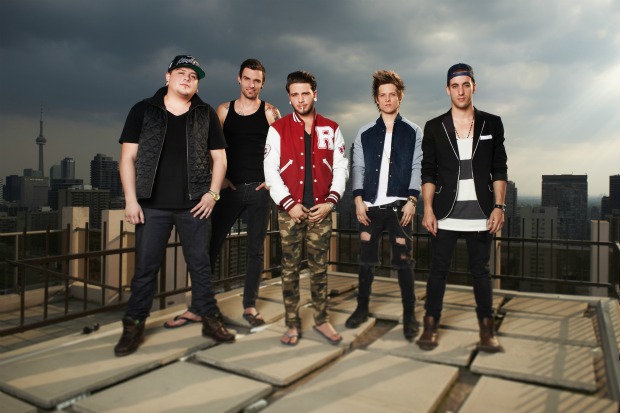 Abandon All Ships have announced that after eight years as a band, they are calling it quits. Throughout their time together, the band released three full-length albums, all through Rise/Velocity Records, as well as their 2009 self-titled EP.  They will host their farewell show in their hometown of Toronto, ON, on September 25. You can read an official statement from the band below.

Are you saddened to see the band go?

“We'd like to start this off with a thank you.
Thank you to our fans, friends, and family for the last 8 years.

After many ups and downs, good times and bad, it's time that Abandon All Ships comes to an end. There's no hard feelings or inner turmoil, it's just time that we all move on to the next chapter of our lives.

We'd also like to say thank you to Velocity/Rise Records, The Agency Group, Avocado Booking, Redfield Records, Go With Me Records, Underground Operations, and our management teams at Artery Foundation & Cloud Empire. Without you, this could have never happened.

We've launched a discount merch store for those who've wanted to pick up something on the last few tours but didn't have the cash night of, that can be checked out here:

We'll be playing one last show in our hometown (Toronto, Ontario. Canada) on Sept 25th.

We hope you can make it. – Abandon All Ships