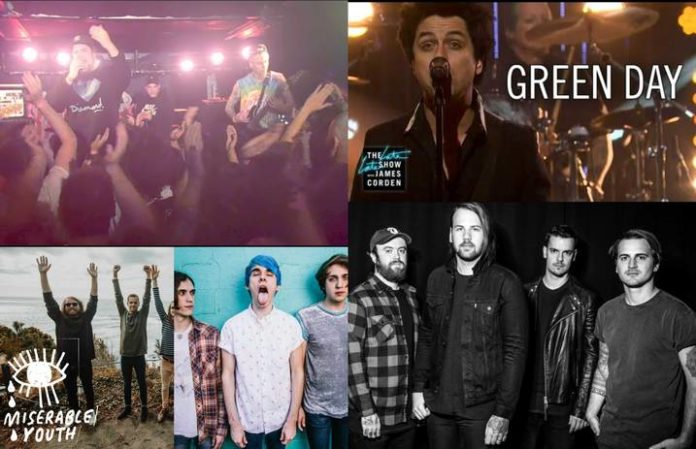 From Beartooth's new live video to Waterparks supporting All Time Low, check out the news you can't miss from today.

Read more: Evanescence to stream final show of 2016, and other news you might have missed today

Abandoned By Bears released a new video for their track “For The Sake Of Nothing”—and it brings us back to this summer.

The video was filmed during the band's Guardians Of Easycore Tour, and the song comes from their most recent album The Years Ahead. Here's what guitarist Gustav Eriksson says about it:

“'For The Sake Of Nothing’ is about how one action can change your perception of a person instantly, and how hard it is to tell that person how much they've changed in your eyes. […] Filming this video was a ton of fun. On our tour stop in Chicago, we traveled all around the city and did a lot of incredible stuff. We took in all the history, the different neighborhoods, and at one point we visited a real arcade which none of us had done before. Another treat was trying out the famous Chicago deep dish pizza which definitely was a different experience. The show itself was a nuthouse! A massive thank you to all the fans across the country that came out to see us, this video is for you.”

Waterparks were added alongside SWMRS as support for All Time Low's massive UK tour. Check out the dates:

Green Day did double duty on The Late Late Show with James Corden, performing their single “Bang Bang” and sitting down for an interview, in which they chatted about their epic AMAs performance.

Beartooth released an official live video for their track, “Hated,” which comes from the band's newest album Aggressive. Watch the clip below:

The fourth episode of the Maine's web series, Miserable Youth, dropped. Get a peek inside the Maine's creative processes: