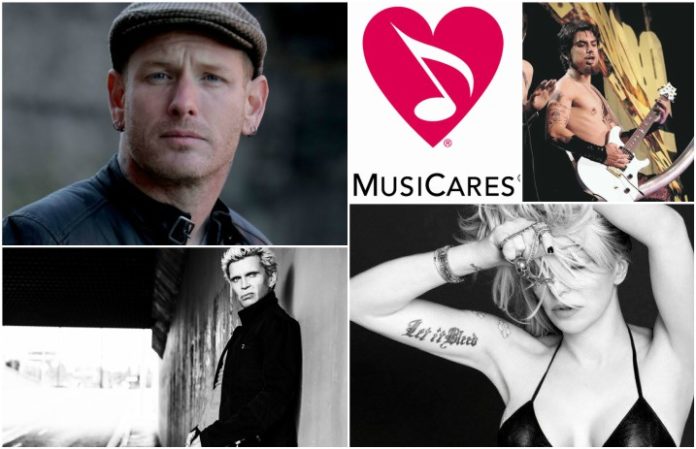 “After losing too many friends to suicide and depression, and having suffered personally with a wide range of mental health issues, we want to raise awareness and funds for the treatment of mental health,” Morrison says. “Spread the word that it's OK to ask for help.”

Guests Taylor and Love will also be performing alongside Billy Idol, Navarro and Eagles Of Death Metal's Jesse Hughes. The musicians will team up to perform the Velvet Underground's 1967 album, The Velvet Underground & Nico, as well as Adam And The Ants' 1980 album, Kings Of The Wild Frontier, in full.

Above Ground will be held at Los Angeles' Belasco Theatre April 16. You can buy tickets here.