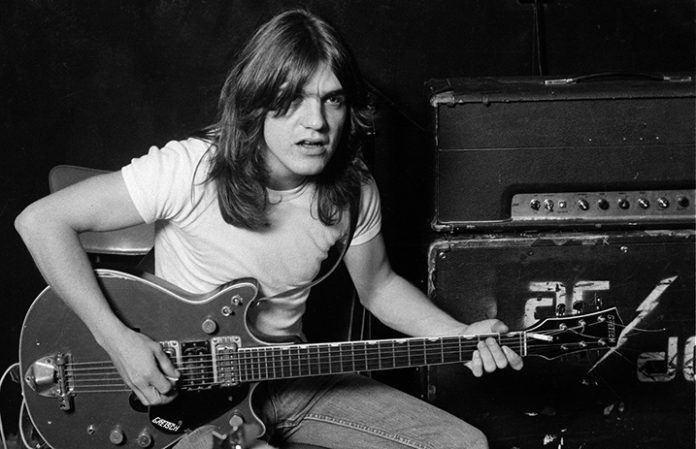 Former AC/DC frontman Brian Johnson has shared a heartfelt tribute to Malcolm Young, guitarist and founding member of AC/DC who passed away this weekend.

“For 32 years we stood side by side on stage. I am saddened by the passing of my friend Malcolm Young, I can’t believe he’s gone. We had such great times on the road,” he wrote.

Young was in AC/DC from 1973 until retiring permanently in 2014, after being diagnosed with dementia. Johnson joined the band in 1980 and stepped down from his role in the band in March 2016, due to the “threat of total deafness,” Rolling Stone shared.

Read Johnson's statement in full, shared via his personal site, below:

For 32 years we stood side by side on stage

I am saddened by the passing of my friend Malcolm Young, I can’t believe he’s gone.
We had such great times on the road.

I was always aware that he was a genius on guitar, his riffs have become legend, as has he.
I send out my love and sympathy to his wife Linda, his children Cara and Ross,
and Angus, who will all be devastated…. as we all are.

He has left a legacy that I don’t think many can match.
He never liked the celebrity side of fame, he was too humble for that.
He was the man who created AC/DC because he said “there was no Rock,n,Roll” out there.

I am proud to have known him and call him a friend, and I’m going to miss him so much.
I salute you, Malcolm Young.

Musicians have paid tribute to Young, a songwriter, guitarist and performer that inspired so many from our scene, creating a legacy that will continue to live on for many years to come.

AP's thoughts are with Young's family and loved ones at this time.