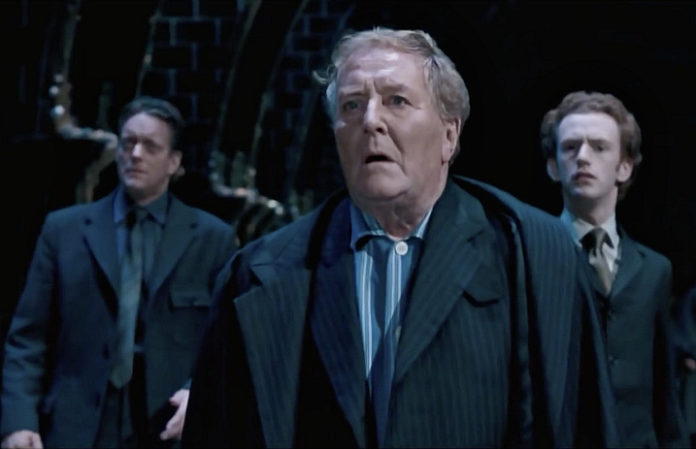 Robert Hardy, the actor who played Cornelius Fudge in the Harry Potter film series, has died at the age of 91.

Hardy’s family confirmed the news to the BBC, with his children, Emma, Justine and Paul, telling the news source, “Gruff, elegant, twinkly, and always dignified, he is celebrated by all who knew him and loved him, and everyone who enjoyed his work.”

He played Churchill on numerous occasions as well, The Guardian explains, most notably in the 1981 ITV series Winston Churchill: The Wilderness Years, a performance which he won a Bafta for.

The BBC shared that he died at Denville Hall, a retirement home for actors in the outskirts of London.

“Dad is also remembered as a meticulous linguist, a fine artist, a lover of music and a champion of literature, as well a highly respected historian, and a leading specialist on the longbow,” his children, Emma, Justine and Paul, said.

“He was an essential part of the team that raised the great Tudor warship The Mary Rose.”

Our thoughts are with Hardy’s family and friends at this time.