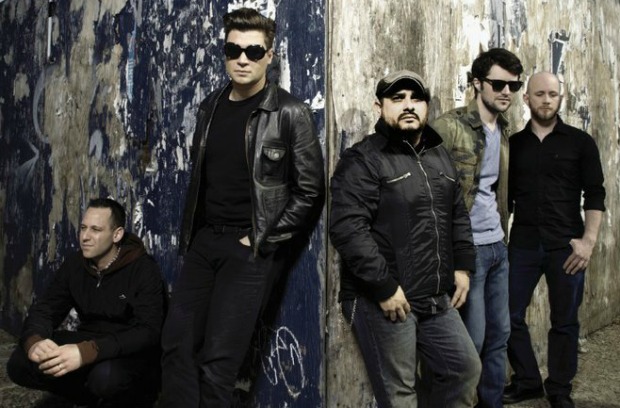 Taking Back Sunday vocalist Adam Lazzara and guitarist/co-vocalist John Nolan have entered the studio to continue work on the group's sixth album.

They will join guitarist Eddie Reyes, who began tracking last week, at Rancho Recordo in Michigan. As the band announced previously, Marc Jacob Hudson and Ray Jeffrey will produce part of the album, while the remainder will be recorded at a separate location. Drummer Mark O'Connell and bassist Shaun Cooper also tracked their parts last week, following several weeks of pre-production work.

Taking Back Sunday have been keeping fans updated on the recording progress via Twitter. Additionally, the group have been posting a handful of photos from the studio on their website. Check out some of their tweets, below:


The band recently self-released a live album and film, recorded during their Tell All Your Friends Ten Year Anniversary tour.

No title, release date, or label have yet been announced for the band's sixth album, which marks their third overall studio release with the Tell All Your Friends-era lineup. However, we have a brief Q&A with Lazzara and Nolan coming tomorrow, which provides some more insight on the upcoming record.