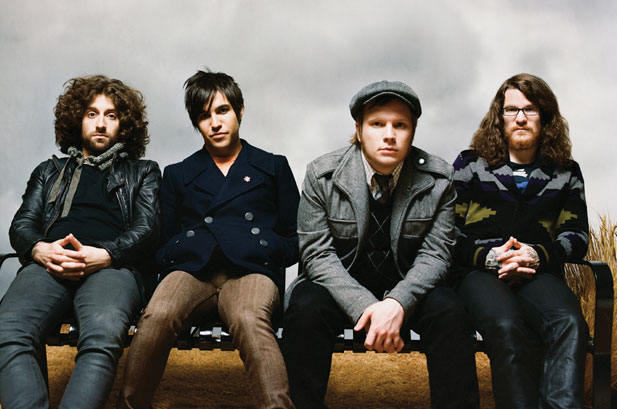 The rumors are still untrue, unreal & totally outta this world! *shreds gnar, does surf's up hand signal*. Seriously, it's not going down.


ORIGINAL POST: January 25, 2013 at 4:30 p.m. EST
The internet has been fast and furious with conjecture regarding a reunion of  Fall Out Boy. “There's been a whole bunch of rumors the whole past year,” said Bob McLynn, Fall Out Boy's manager and founder of Crush Management, when reached for comment. “The band's not together.” When asked if the band were planning to reunite for this year's Skate And Surf Festival, McLynn replied, “No. We're not doing anything.”


Here are five reasons we have to believe that FOB may resurface in 2013:

Skate And Surf
The festival makes its return this year and is celebrating bands that made their break at the fest. Fall Out Boy are among them. Perfect opportunity for a comeback that highlights their history.

Pete Wentz will not be outdone
Ashlee Simpson, Wentz's ex-wife recently released a song titled “Bat For A Heart,” supposedly a play on Wentz's clothing company, Clandestine Industries', logo.  You think he's going to take that lying down? Pssht! Epic comeback 2013 will show her.

High demand
You voted Fall Out Boy the band you would most like to see reunite in this year in our readers poll, and there are entire sects of the internet that burst into tears every time they hear the word “hiatus” because they so long for the reunion. It's not like they'd be returning to play empty rooms.

The Internet…
…doesn't wait. And it's already been shouting “FALL OUT BOY TO REUNITE IN 2013” for many moons.

Side projects
Patrick Stump, Joe Trohman and Andy Hurley have been busy working on vastly different music, anyway. That old, familiar Fall Out Boy itch may just find itself creeping up when they play.