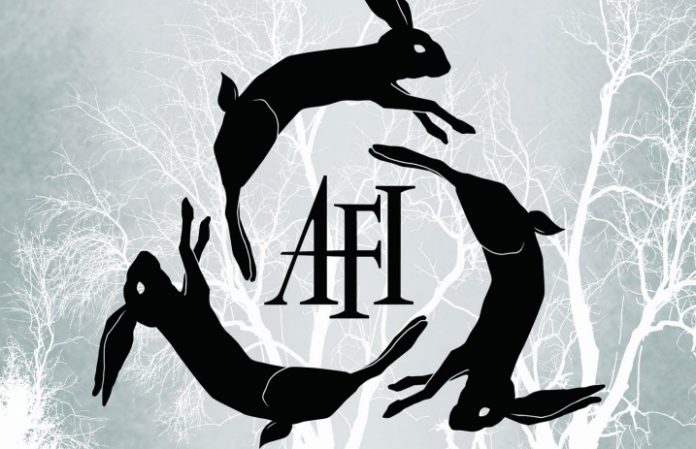 In the latest issue of AP, we take a look back on the Class Of 2006, with classic records from Underoath, Brand New, My Chemical Romance, Escape The Fate and, of course, AFI.

Speaking with AP's Ryan J. Downey, who wrote the 2003 cover story on the band, guitarist Jade Puget looks back on the group's album Decemberunderground, including just how many tracks they originally wrote for the record.

On July 1, vocalist Davey Havok and Puget said they do intend for new AFI to happen. Their most recent album, Burials, was released in October 2013 via Republic Records.

AP 338 is available for pre-order now. Not only does it offer a look back at some of your favorite records, but it offers a glimpse into the future for one of our scene’s biggest acts: A Day To Remember.

You wrote an absurd amount of songs for Decemberunderground, right?

We ended up writing 120 songs or something! DreamWorks had been bought by Interscope. Even though DreamWorks was essentially a major, it was a very creative place to be. It was almost like being on an indie; there was a slightly different dynamic at Interscope. I know it's an old music cliché but it's true: the more you accomplish, the more pressure is put on you. Davey and I really hunkered down and it just took a long time for us to get a body of work that we felt was right. We wrote in our A&R guy's basement. We wrote at [Green Day’s] Billie Joe [Armstrong]'s house. One studio we were writing in had the piano that Tommy Lee wrote Mötley Crüe’s “Home Sweet Home” on. I wrote Blaqk Audio’s “Ill Lit Ships” on that piano.

What happened to all of those extra songs?

They still exist. I've got shit backed up in 19 different locations. I listen to my 256 GB iPod on shuffle a lot and every once in a while, one of those songs pops-up. There are some songs that Hunter and Adam have never even heard, stuff that never went beyond Davey and I.