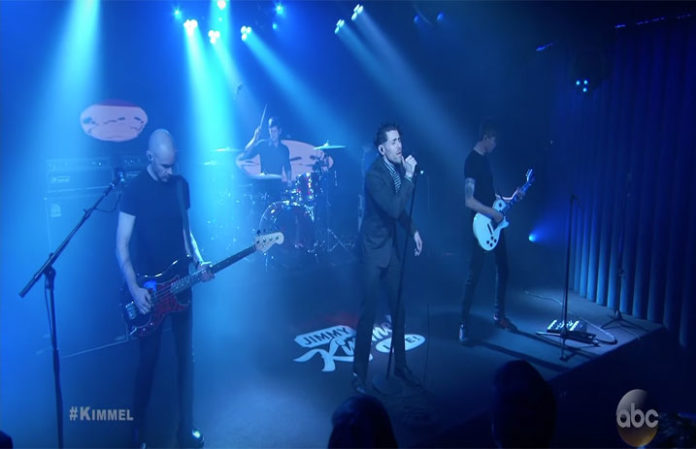 With their tenth album AFI coming out tomorrow (Jan 20), AFI performed their single “Snow Cats” along with the 2006 classic, “Miss Murder,” on Jimmy Kimmel Live!

See the performance below!

“Snow Cats” was one of the first singles released by AFI when they announced the album back in October. “White Offerings” was also released that same night.

If you enjoyed what you heard, AFI will also be hitting the road starting tomorrow in Los Angeles. Tour dates and tickets for 'The Blood Tour' can be found here.

AFI will be released January 20 and can be preordered here.