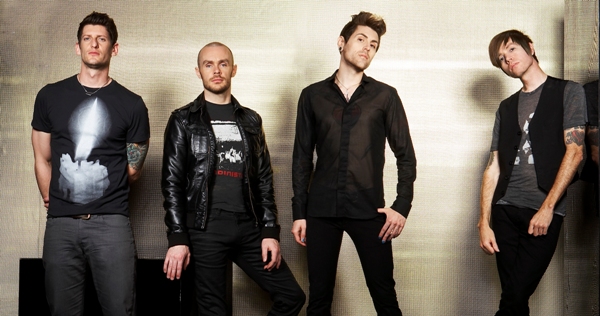 UPDATE 12:04 p.m.: AP has confirmed that the statement AFI News HQ received is official—AFI have not broken up. The message board thread in question has been deleted. These aren't the droids you're looking for. Drummer Adam Carson confirmed the hoax on his Twitter, joking, “We would have totally written a better press release…”

UPDATE 11:51 a.m.: Official fansite AFI News HQ have reportedly reached the band's management, who said in reference to the original message board post, “That's not dave. The band haven't broken up. Someone is just screwing around.” AP is currently in the process of trying to obtain an official comment; keep your eyes here.

ORIGINAL STORY: Massively influential goth-punk outfit AFI have decided to disband. According to a post made early this morning on their message board by frontman Davey Havok's verified account:

“This is the end. Sorry, but AFI is done.

After more than 15 years of being together, we as a band have decided to disband A.F.I.

Me and Jade will still continue the Blaqk Audio project but there will be no more A.F.I albums or shows. We have matured and have other things in life that we would like to attend to. Please forgive us for the random statement but it was something we were thinking of for a while.

We will post a more detailed statement soon, keep your eyes peeled!”

We'll bring you more developments on this story as we have it.

Formed in 1991 by Havok and drummer Adam Carson, AFI rose through the ranks of the scene to become one of the preeminent punk bands of the past decade. They appeared on the cover of AP four times, racking up a platinum record for 2003's Sing The Sorrow and a gold record for 2006's Decemberunderground along the way. Their last release was 2009's Crash Love. Watch their classic video for “Girl's Not Grey” below.