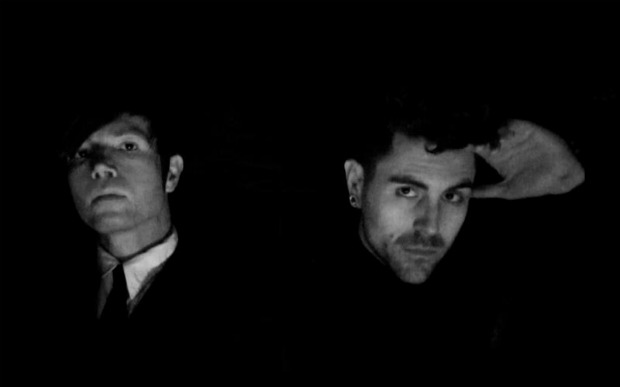 AFI's Davey Havok and Jade Puget are resurrecting their duo project Blaqk Audio with a new record Material, out April 15 via Blaqknoise/Kobalt. You can check out their new single “Anointed” along with album details below.

“I’m so very excited to offer Material to the world,” says Havok. “My anticipation for each BA release heightens as we grow. For me, lyrically, Material is darker than our records of the past.”

“Considering this is Blaqk Audio’s third record over the course of its 15-year existence, it’s always an exciting and rare opportunity to release a new batch of songs,” says Puget. “Each new release finds us in a very different place, creatively, than the last,” adds Puget. “Influences are different, musical interests have slightly or vastly shifted. As a writer, I’ve moved fully onto [software music sequencer] Ableton Live since the last album, which changes my workflow and writing style.”