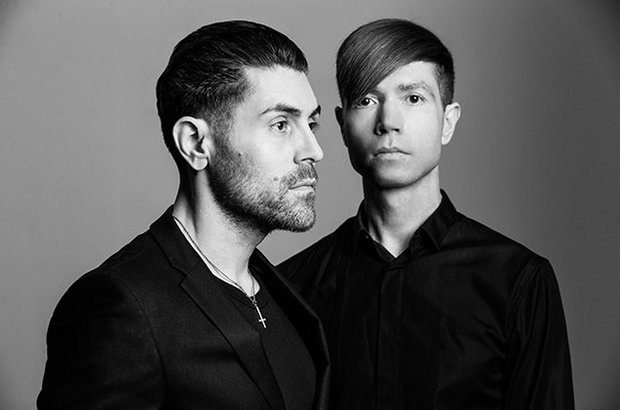 AFI's Davey Havok and Jade Puget have teamed up with Billboard to premiere the opening track off their duo project Blaqk Audio's upcoming album Material, out April 15 via Blaqk Audio/Kobalt. You can check out the new song “Waiting To Be Told” along with their upcoming tour dates with Night Riots below.

Tell us about “Waiting To Be Told.”
It is the opening track on the record and it really harkens back to a genre that very much influenced Jade and I and that really was a genre that inspired us to start moving on creating Blaqk Audio, which was, at this point, 15 years ago, believe it or not. Around the turn of the century there were so many great artists making so much great music and “Waiting To Be Told,” to me, really spoke to that genre of music and that period of time in my life. Though that period of time in my life is a type of anchor for me lyrically speaking it’s a song of feeling displaced and feeling out of place. So it is a contrast, when I actually articulate that I realize that. But I am so excited for you guys to be premiering it 'cause it is the opening to the record. – Davey Havok (via Billboard)