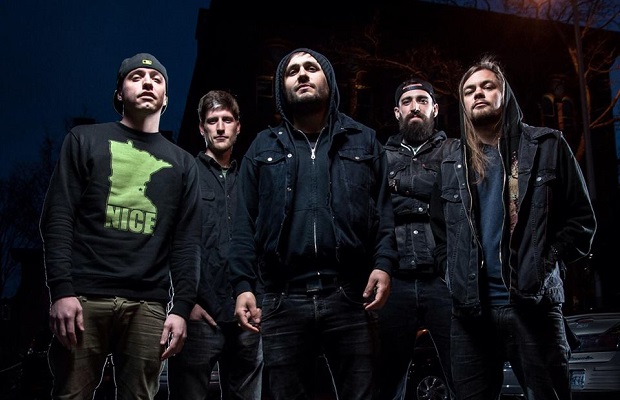 After The Burial have posted a statement on the abrupt, unsettling departure of guitarist Justin Lowe. “Justin is ill, and right now he needs more than ever to be shown that the world is not against him. He needs support and love from everyone, and to know that we only want what’s best for him.” Read all of what they had to say below. Be sure to leave us a comment with your thoughts.

To our fans, friends and family, and everyone else who has reached out in light ofJustin‘s recent statement. We genuinely appreciate your support and concern.

This is a very sad and hurtful situation for us to grasp, and unfortunately it is one we still don’t fully understand. Our dear friend, our brother onstage and off, has fallen into a very broken state of mind. A state that, despite our continued efforts, we have been powerless to get him out of.

We are very sorry we haven’t made a statement until now, but there is reasoning behind our decision. Early yesterday after he made the post, he went missing for the entire day. He was in minimal contact with only a few people over the phone, and the information we gathered from them gave us reason to believe he was unsafe in his current state of mind. We were on our phones all day with family, friends, and local authorities trying to regain control of the situation. We felt it was definitely not the appropriate time for us to make a statement, in fear that it may escalate things further. Fortunately, he’s back home now. He’s safe and in the care of his family.

The context of his words and the thoughts he expressed came with as much surprise to us as it did to anyone, including his family and closest friends. These are thoughts he has kept hidden from everyone very well until now, and it’s so very unfortunate he felt he couldn’t reach out and talk to someone about the things that were affecting him before it got to this point.

Justin is ill, and right now he needs more than ever to be shown that the world is not against him. He needs support and love from everyone, and to know that we only want what’s best for him. We will continue to support him and his family as best we can through this tough time.

We must ask that, out of respect for friends and family, you refrain from making any comments or speculations about what’s going on. We ask also that you respect the privacy of everyone involved while we work through this.

Mental illness is a very serious matter, and we are treating it as such. If you or anyone you know may be suffering from a mental illness, the time to find help is now.