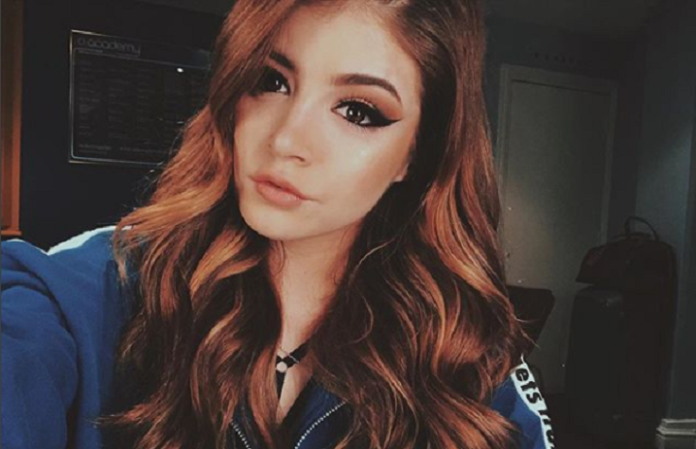 Against The Current's Chrissy Costanza shared she will be cycling with Cycle For Survival to help raise money for rare cancer research.

The frontwoman explained she will participate in the movement to honor her mother's friend, who passed away from cancer.

Hi friends! I'm going to be cycling to raise money for rare cancer research with Cycle for Survival in memory of one of my mom's best friends, Rita, who passed away two years ago. If you'd like to donate to me & my mom/our team, please follow this link: https://t.co/2kQahcEnxV

Costanza's primary goal was to raise $1,000, which fans' donations helped her achieve in less than an hour. Since the singer won't be cycling for another two weeks, she raised the goal, so you can keep donating. “Thank you for joining me in the fight against rare cancers!” Costanza wrote on Twitter. “Like I said, I can’t overstate how valuable even one dollar is.”

Holy smokes guys, I did not expect to meet my personal goal in under an hour thank you guys SO much ������♥️! I don’t cycle for 2 weeks still so I’ve upped the goal. Thank you for joining me in the fight against rare cancers! https://t.co/D9jkeqh5Y9 pic.twitter.com/vkkPN2KAmF

Seriously. Thank you so much. Like I said, I can’t overstate how valuable even one dollar is. Rare cancer research (leukemia, lymphoma, thyroid, ovarian, pancreatic, pediatric) is severely underfunded and people often have little to no treatment options but we can help!

Watch more: APTV sits down with Against The Current to talk music, video games, and more