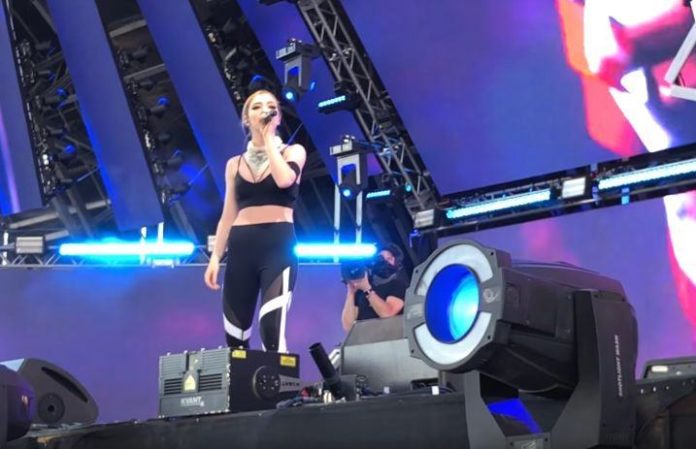 [Photo by: Matrix To A Muse/YouTube]

Against The Current's Chrissy Costanza made a special appearance at weekend two of Coachella, joining DJ/producer Alan Walker for a performance of “Legends Never Die.”

Costanza's trip was (literally) a whirlwind, flying in from Shanghai to perform the track with Alan Walker on the Sahara stage at Coachella.

Tonight’s featured track is the @IAmAlanWalker Remix of ‘Legends Never Die (ft. @ATC_BAND)’. @ChrissyCostanza flew in from Shanghai on Friday to perform the track with Alan Walker on the Sahara stage at @coachella!

Watch the epic performance below:

“Legends Never Die” was the official theme song for the 2017 League of Legends World Championship.

Between Costanza and Manson's special appearances to PVRIS' performance, we just wish we could have been there to witness these epic performances in-person.