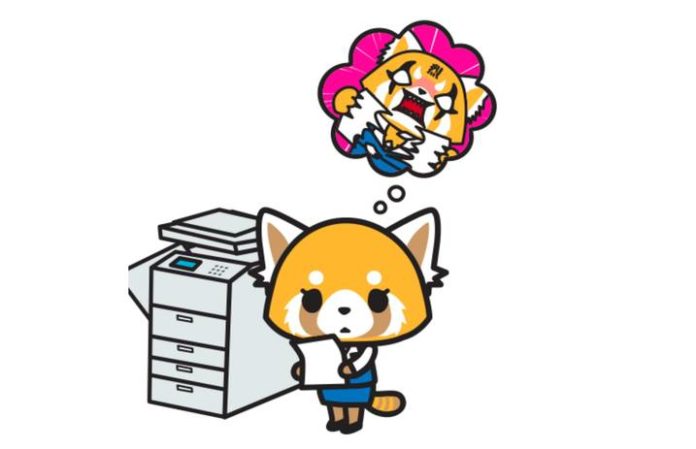 Aggretsuko is basically the Hello Kitty version of all of us. She's single, 25, a Scorpio and works in a Tokyo trading company with an annoying boss and annoying co-workers.

But she also rages to beer and heavy metal. And she now has a Netflix series.

The self-titled show, Aggretsuko, follows the red panda through her day. “All she wants is to do her job and get through the day, but when frustrations reach a boiling point, she vents through death metal.”

As Bustle explains, Season 1 was announced back in December, and it just debuted on Netflix today, April 20. You can watch the teaser trailer below:

“Internal strength comes from the strangest places,” is the tagline—and we couldn't agree more.

“Aggretsuko may be a uniquely Japanese show, but the frustration it taps into—not to mention the joy of venting—is universal,” Rob Roy, Vice President of Content Acquisition at Netflix, said. “We're excited to partner with Sanrio in bringing it to a global audience.”

BRB as we go binge this show ASAP.