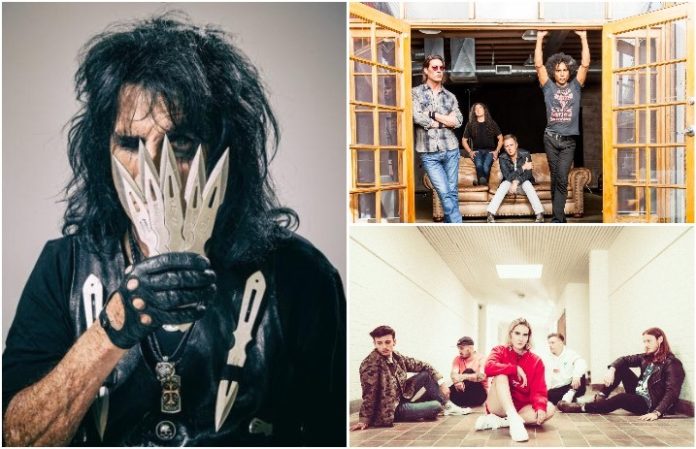 Alice In Chains announce tour dates—plus, don’t miss this Ira Hill cover. Check out the news you might have missed today below!

Tickets are on sale now for all of our 2018 tour dates. Visit https://t.co/VM31zwDC3w for tickets and more information. https://t.co/4hebXFi4ty

Alice In Chains announced the second half of their North American tour. The band will be back in North America in August to finish up the last leg of the tour. Grab your tickets here, and check out the new tour dates below.

The rumors are true! We are jazzed to be hitting the road with @jimmyeatworld this summer!

Public on sale Friday, March 16th at 10am local.

Rozwell Kid are joining Jimmy Eat World for the tail end of their summer tour this July. Tickets are available March 16 here.

Cleveland rock band Ira Hill released a new music video for their cover of “Spotlight,” originally by Lil Peep and Marshmello. Check out their rendition above and let us know what you think.

Kevin Devine is releasing the tracks from Vol. 2 of his Devinyl Split series. The series has six splits that will be released throughout the year. Grab these tracks as they release here. Devine is also going on a spring tour. Check out the dates below, and get tickets here.

The Damned made releasing a single twice as sweet by making it a double A-side single “Look Left” / “Devil in Disguise.” You can check out the single on Spotify, and preorder their album, coming out April 3, here.

New to Rise Records, Black Peaks released their new single “Can’t Sleep” to celebrate their signing. The band will also be on tour with Marmozets this May. Check for dates below, and get your tickets here.

Frank Carter & The Rattlesnakes released their live album, 23 Live At Brixton Academy, taken from their Dec. 8 performance at London's Brixton Academy. Along with the live album release, they also shared a new, live music video for “I Hate You.”

The sisters in Von Grey released a mesmerizing new, self-directed music video for “Poison In The Water.”

Fickle Friends released a music video for “Wake Me Up,” taken from their upcoming album You Are Someone Else, out March 16. You can preorder it here.