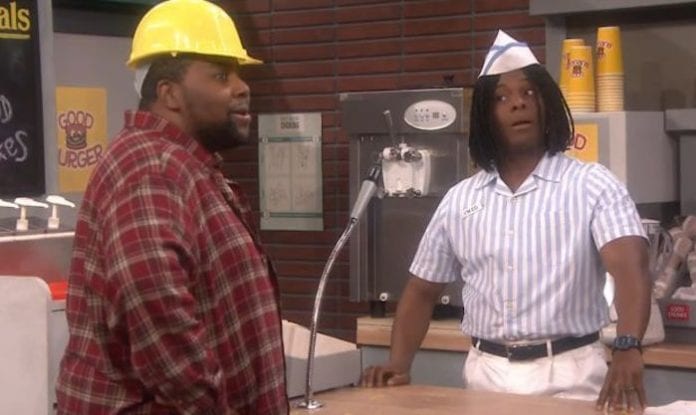 Kenan Thompson has revealed that Kel Mitchell will appear on the Nickelodeon revival of All That, thus making our dreams come true.

Thompson, the executive producer of the reboot, confirmed to Page Six that Mitchell will be coming back to the show.

He encouraged all the cast members from the original series to join the new series.

“Whoever’s down to come do it, we would love to have them in my opinion,” Thompson said. “I know Kel [Mitchell’s] coming back, and I remember working close with Josh Server as well. I think all the old cast members should come support the new cast members. That’s just how it should go.”

Thompson also could not confirm the exactly level of screen time he would have in the series. This is due to his work on Saturday Night Live and work behind the scenes.

“I’m not exactly sure about that yet because I’m all tied up with my NBC stuff,” he shared, “But hopefully we’ll figure it out soon.”

Of course, it’s not exactly a Kenan & Kel reunion or a Good Burger sequel, but at least the duo will be back together in some shape or form.

The All That spinoff is part of a series of new productions that Nickelodeon is trying to bring back younger viewers. They will be creating a Spongebob Squarepants revival as part of this effort.

What do you think of the upcoming All That reboot? Sound off in the comments.