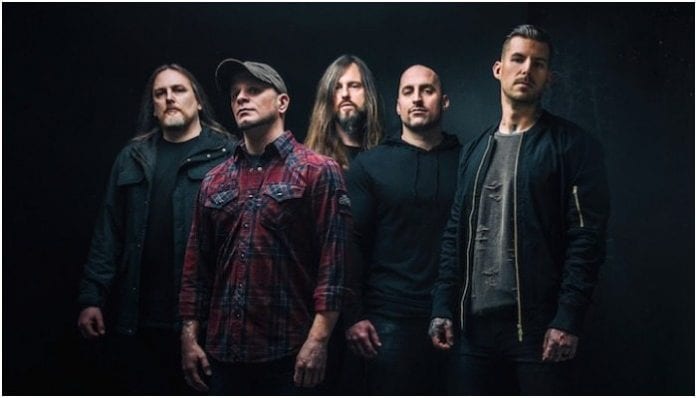 According to Blabbermouth, All That Remains will likely find a permanent replacement guitarist at the beginning of next year. However, the band is still in search of a perfect fit following the death of Oli Herbert last October.

Just before their European tour, the band recruited Jason Richardson (Born of Osiris and Chelsea Grin) on as a temporary replacement.

In an interview with Metal Shop, frontman Phil Labonte discussed whether or not Richardson will stay with the band. However, it looks like Richardson’s role may not extend much further into the future.

“Right now he’s just playing the [European] tour,” Labonte says. “We haven’t really discussed at length what is gonna happen after the tour and moving forward with All That Remains. So, for right now, he’s filling in. It’s possible that people will see him next year doing some stuff with us in the U.S. and stuff. So we’ll probably discuss a significant future with Jason or what the band wants to do about a permanent replacement probably after the beginning of the year.”

In the same interview, the vocalist additionally reflected on 20 years with the beloved late guitarist. The remaining members ultimately decided to push forward because that is what Herbert would have wanted, despite conflicting feelings.

“It was important to us to keep going,” Labonte says. “For a little while, we had to kind of figure out what was best for us, and then we figured Oli lived and breathed metal and he loved playing shows and he loved writing and loved being creative, and he would have wanted people to hear the record, for sure.”