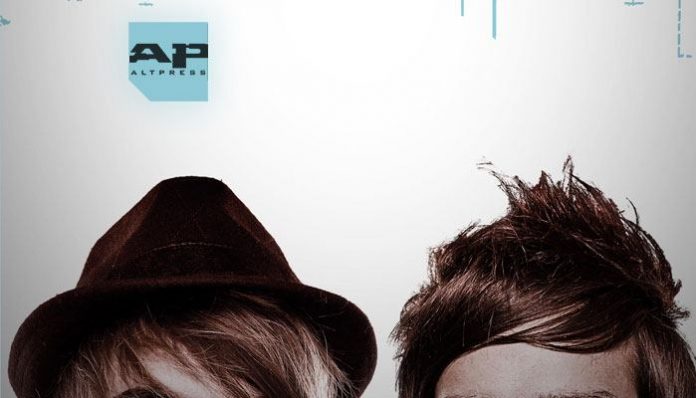 Ten years ago, if you would’ve asked lead singer/guitarist Alex Gaskarth about the trajectory he expected All Time Low to have, he may have looked at you like a dog eating peanut butter. He brazenly expressed his love for blink-182 but also aimed to tell the most obnoxious joke and write the most unforgettable guitar or vocal hook. Having his buddies on board was always a guaranteed good time.

AP was along for the ride, and you can relive it all with our new collector’s edition. Culled from over a decade’s worth of AP issues, many out of print, it’s all here.

From Gaskarth and guitarist Jack Barakat’s witty, eye-rolling or downright shocking repartee, drummer Rian Dawson’s ability to hold their madness together and bassist Zack Merrick’s stoic strength. From tales in the Nissan Xterra they first started touring in; navigating disturbing fan fiction; getting crabs (at a Baltimore restaurant); playing the major-label game; and frequenting exclusive high-roller nightclubs with no-cameras-allowed policies, AP has gladly championed their rise.

With killer songs (“Dear Maria, Count Me In”) and a live show you couldn’t emulate if you had your blood switched out for espresso, ATL became a pop-punk powerhouse of their own design. This collection of interviews from the band chronicles their adventures as pop-punk hooligans, scene icons and boundary-exploring songwriters.

Read more: All Time Low give “Some Kind Of Disaster” live debut at hometown show

But they had to have the skills to match the fun they were having. Acclaimed producer John Feldmann has said Gaskarth has never written a terrible song. With each succeeding album, All Time Low have built their reputation on growth as musicians and songwriters who aren’t easily categorized by “scenes” or “market forces.”

This one’s for the ATL stans and listeners who love a good underdog-gone-show-pedigree story. Now that you’ve replaced your bras, check out our retrospective of one of America’s finest bands. From tighty whities to sunshine supermen status, this AP collector’s edition captures the high points–and low-brow jokes–of  All Time Low. Grab one here or below.