All Time Low is one of the most popular pop-punk bands of all time. All their lyrics are memorized, their melodies are whistled, and their albums are revered. But there is still a mystery to some.

Jack Barakat, lead guitarist for All Time Low just noticed a fan’s post regarding their smash album Nothing Personal and reissue of 2012 record Don’t Panic, gaining a little knowledge on his own band.

The tweet, which was posted yesterday, drops a little unknown fact about the Don’t Panic: It’s Longer Now! cover.

“Took me over 5 years of being an ATL stannie to realize the Don’t Panic cover is just the monster ripping through Nothing Personal and causing a catastrophic mess. Help,” the tweet reads.

took me over 5 years of being an atl stannie to realise the dont panic cover is just the monster ripping thru nothing personal and causing a catastrophic mess help pic.twitter.com/CYv7qxGLz1

To which Barakat replied with something not many of us expected: “Um okay, well it took me seeing this fuckin’ post. So shit, I win.”

Umm okay well it took me seeing this Fuckin post. So shit, I win https://t.co/1G038fhTxC

He had no idea. Fans are having a field day with this knowledge. 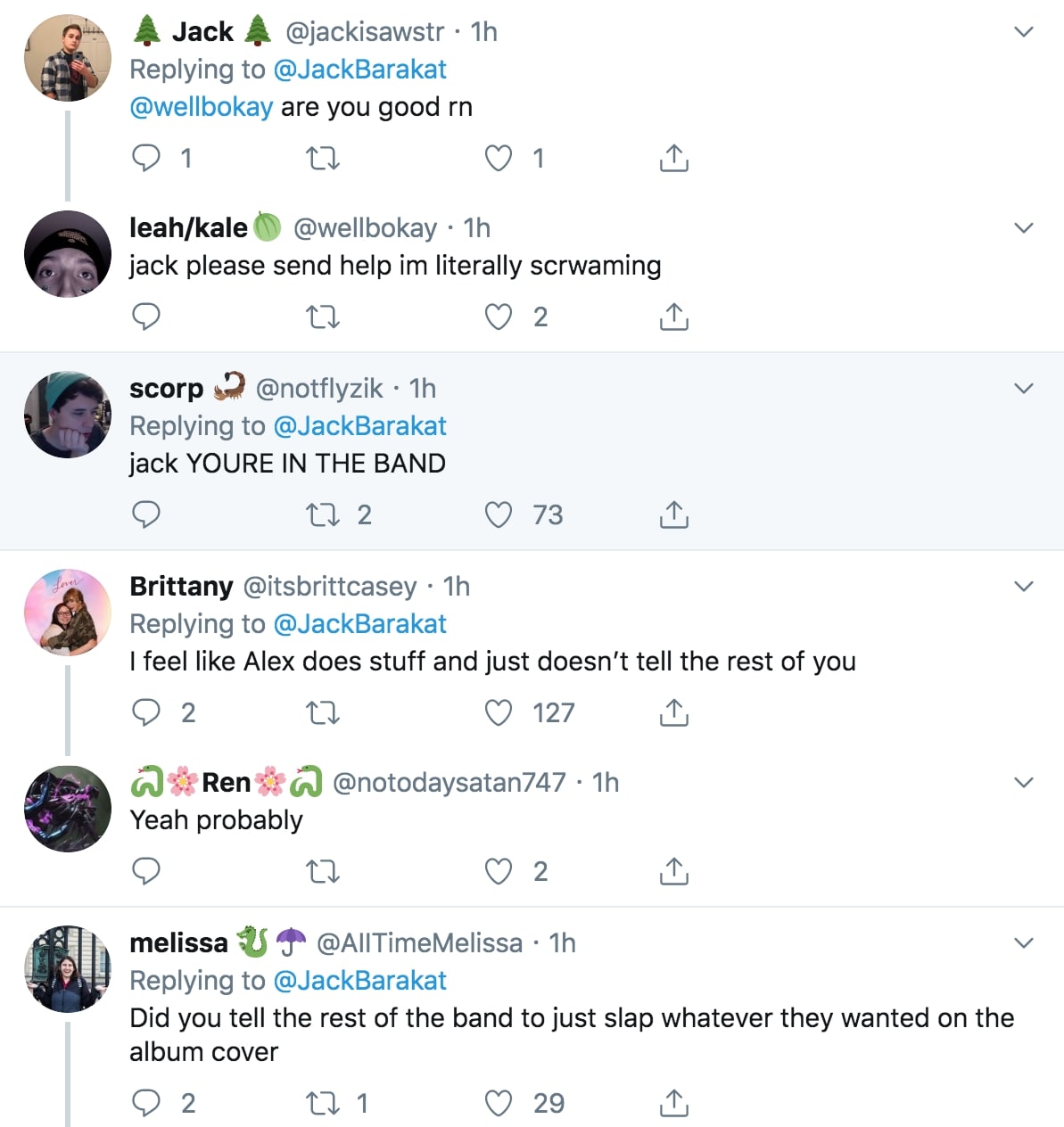 Some claim vocalist Alex Gaskarth is behind it. Others think Barakat just may be oblivious to most things. Regardless, this is a fun piece of All Time Low trivia you can drop on your friends when you see them next.

blink-182 canceled their already rescheduled Columbus, OH date for the 20-year Enema Of The State anniversary tour with All Time Low and Neck Deep.

Now, Alex Gaskarth of ATL has released a statement about the cancelation.

Originally, Columbus, OH was slated as the kickoff location for the tour but production delays forced the band to reschedule.

The stop was moved to the very end of the tour, adding All Time Low to the lineup to make the wait worth it.

Then, yesterday, as discovered by  Live Nation Columbus and the Nationwide Arena website, the rescheduled Sept. 22 show is no longer happening.

Read More: Can you remember the lyrics to “Happy Song” by Bring Me The Horizon?

“CANCELLED: @blink182‘s tour will now conclude in Brooklyn, New York on September 20. The September 22 show at @NationwideArena in Columbus, OH has been cancelled. All tickets can be refunded at point of purchase.”

As of yesterday, there was no reason for the cancelation. Now, Gaskarth has kind of explained that the cancelation was “completely beyond our control” and apologized to fans.

Refunds are available at point of purchase. Again, really sorry this one fell through.

You can see the list of remaining dates below.

What do you think of Barakat’s reaction? Let us know below!