Rian Dawson of All Time Low has been kidnapped by the infamous “Birthday” panda. The crime occurred on Sunday, March 15 during an Instagram Live video hosted by Alex Gaskarth.

Dawson joined Gaskarth but they were interrupted by knocking on Dawson’s door. Dawson went to answer and was replaced by the panda, with a ransom note telling the band to release a new song from Wake Up, Sunshine called “Getaway Green.”

This isn’t the first time the panda has made an appearance in this new era of All Time Low. In one of the first teasers for Wake Up, Sunshine a video was released of the panda entering an old warehouse and burning a Last Young Renegade jacket. The video was deleted shortly after but is kept alive on fan accounts.

A few weeks later, All Time Low announced the new album and we haven’t heard from the panda since. Until now.

Gonna be live on the band’s Instagram in 15 minutes! Come hang with me I’m bored and lonely.

Dawson joins the video from his own end and is soon kidnapped by the panda who enters the frame, holding a sign that says “release getaway green if you want to see rian again.”

All of Dawson’s social media accounts show the panda with the sign and the rest of All Time Low doesn’t know what to do. They announced Dawson’s kidnapping on Twitter but said they do not negotiate with pandas.

Ok what the hell just happened to Rian on live ?

It has come to our attention that Rian has been kidnapped by a panda. Although Rian is a great drummer, we do not negotiate with pandas. We will not #ReleaseGetawayGreen before the album drops for any reason. ⁃All Time Low #FreeRian

It has come to our attention that Rian has been kidnapped by a panda.

Although Rian is a great drummer, we do not negotiate with pandas.

We will not #ReleaseGetawayGreen before the album drops for any reason.

Jack Barakat also chimed in on his thoughts regarding the situation. 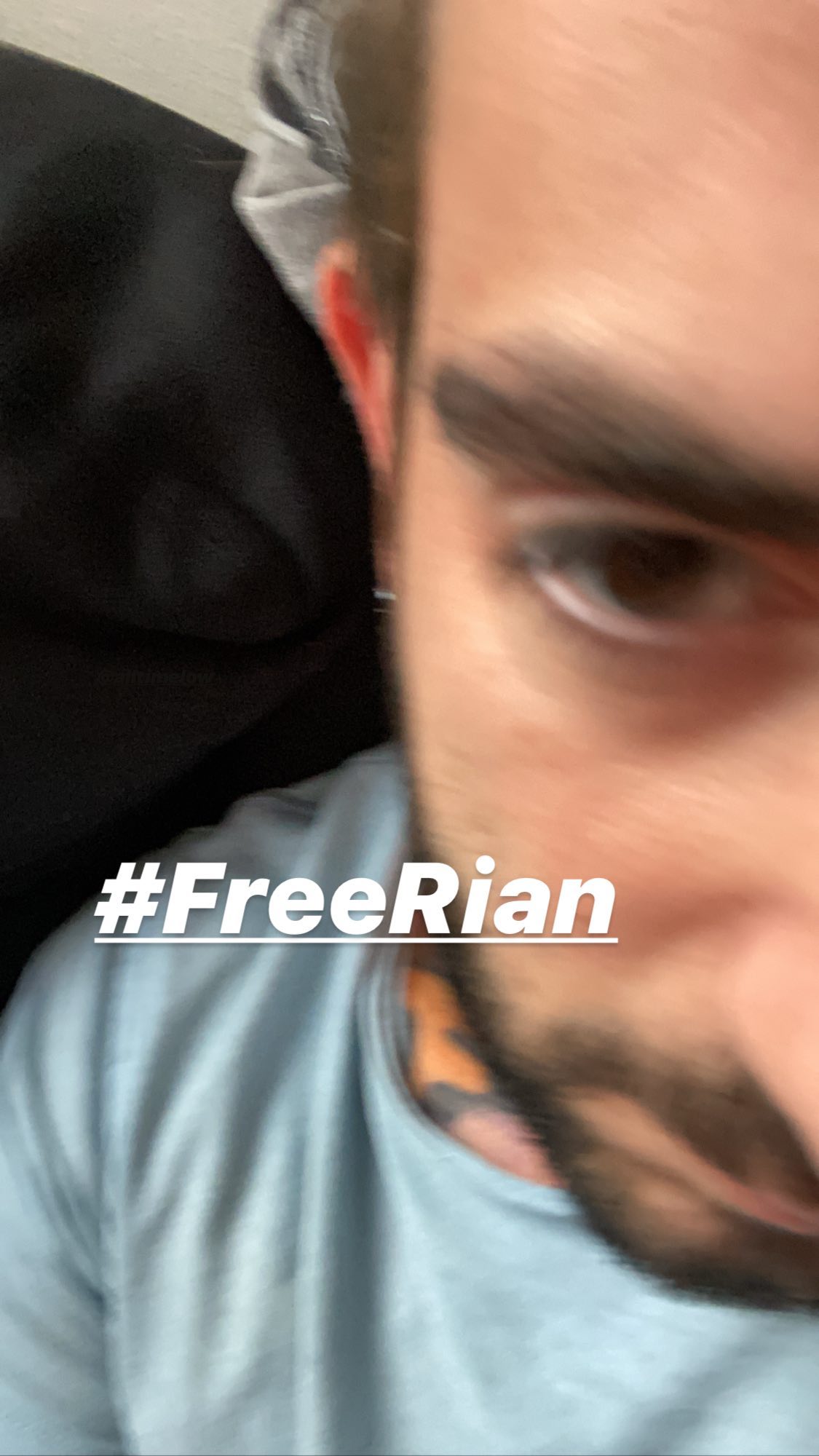 GIVE ME MY FUCKING BOY BACK #freerian

It seems once Barakat found out what they needed to do to release Dawson, he sides with Gaskarth. They will not release “Getaway Green” early.

Read More: Do you remember the lyrics to “Radio” by Alkaline Trio?

Watch the kidnapping below.

It’s been less than 24 hours but Gaskarth is already hurting for his lost friend.

The band also shared a TikTok video of someone calling the Sunshine Hotline and absolutely verbally ripping apart the panda.

All Time Low fans are having a field day on Twitter with the #freerian. Check out some reactions below.

this is rian dawson, he is not dead or anything but he was kidnapped for a panda and his band doesn’t do anything about it#FreeRian pic.twitter.com/1WFnkx0l9o

Thinking that we should trade either jack or alex for rians safe return #FreeRian #ReleaseGetawayGreen pic.twitter.com/gz9q2dlIhQ

Panda: [on phone] I have your son

Alex: I dont have a son

Panda: [getting frustrated] Then who the heck just asked for chocolate milk with a straw & made me cut the crust off his PB&J?

“Getaway Green” is the third track on All Time Low’s upcoming album. They’ve previously released  “Some Kind Of Disaster” and “Sleeping In.” Wake Up, Sunshine is due out on April 3. We have a pretty strong feeling we’ll get to hear “Getaway Green” before that though.

The full album is available for preorder with all of the fun bundles and merchandise here. The full tracklist is below.

Do you Rian Dawson will be okay? Will All time Low release the song and free him? Only time will tell.

You can read All Time Low’s first interview on Wake Up Sunshine featured in Issue #380 with cover stars Palaye Royale.