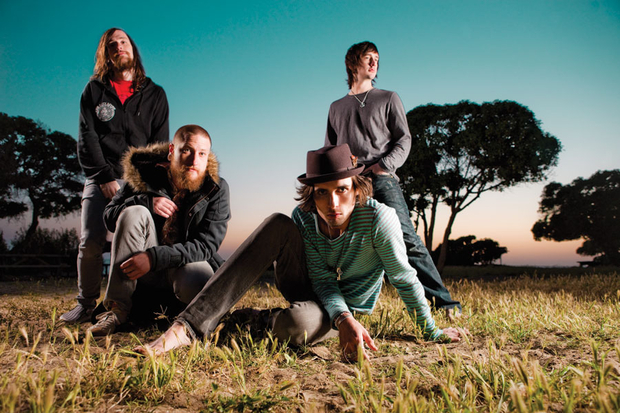 A couple of curious incidents at last night's All-American Rejects show in Cleveland were quickly amended–one with cash and another with a profuse apology. Q104 reports that frontman Tyson Ritter allegedly smashed an iPad onstage that belonged to a fan in attendance, then gave the fan $1000 in cash.

Davis told us, 'I had no problems all the way throughout the show until about the sixth or seventh song…next thing I know I’m getting hit by the guitarist Mike in the face while shooting a picture of him. I’ve never been touched by an artist before so I was kind of really in shock at that point.'

Davis reached out to the band after the incident, saying, 'I called the Universal Music Group [ed.: their record label] contact I had and I then I also called the tour manager who immediately came and got me and whisked me backstage. That’s where Mike came out…he apologized a bunch of times.'”

Audio of Davis' interview can be heard below. Ritter took to twitter this afternoon to formally apologize:

Well, I apologize to Cleveland for being such a lunatic last night, sometimes I gets a bit out of control.. Good times though!