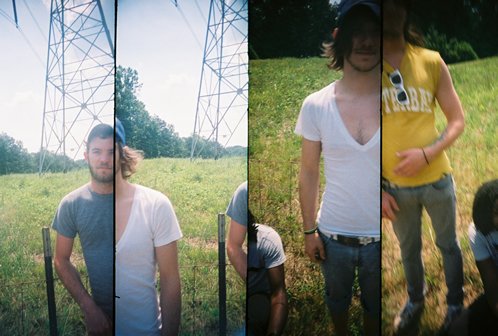 Watch new music videos from Chris Cornell and Rivals—plus, don’t miss a new animated clip from Tegan and Sara. Check out the news you might have missed today below!

1. All Get Out join Equal Vision Records

We have found a warm and cozy home at @equalvision. With this family we have the ability to do what makes us absolutely happy: create and release music. We’ll be doing it a ton and more often starting with a solo album called Hitchens. Hope you enjoy! https://t.co/SzJhStqqxH pic.twitter.com/BC10NEA9kx

All Get Out is now signed with Equal Vision Records, with the announcement just in today. The band broke the news via Twitter, along with the news that there's a new solo album on the way called Hitchens. The union of All Get Out and Equal Vision should mean great things for the future!

2. Chris Cornell’s “The Promise” video gets a theatrical version

A theatrical version of Chris Cornell's video for “The Promise” is available for your viewing pleasure, though you may want to have some tissues around if you watch.

“I've been running low, save me,” Rivals croon along to the lead single from the upcoming album Damned Soul.

The latest cover video from Tegan and Sara is a neat little animated clip set to the band's cover of Sara Bareilles' “Floorplan.”