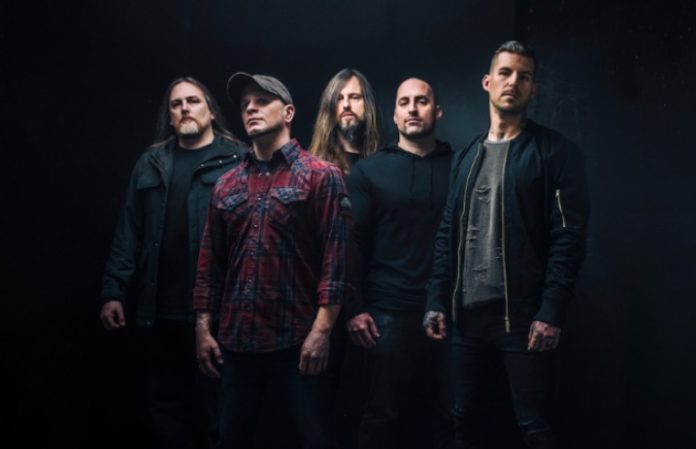 After debuting two songs off their highly-anticipated eighth album, Madness, All That Remains have released another lyric video for “Halo.”

Listen to the new song below and check out where to preorder Madness!

Like any All That Remains release, it's going to be hard hitting with powerful lyrics as we've already seen with the first two singles released from the album.

While the lyric video for “Safe House,” which premiered over at Bloody Disgusting, is inspired by the Dexter television series and is filled with the band’s pit-ready breakdowns and an appropriate pseudo-slasher film-themed treatment.

“Our goal has always been to write songs that we like,” Labonte says. “All That Remains has seen a lot of criticism about the songs that we’ve written and what people think we’re supposed to do.

“Halo” continues that tradition with powerful lyrics talking about living life your own way. The lyrics, masterfully vocalized by Phil Labonte, are only enhanced by the electronic instrumentals that balance with the killer instrumental tracks.

“We really wanted this record to be different,” Labonte says,” explaining the inclusion of electronic samples and the dramatic juxtaposition between roaring chaos and accessible craftsmanship. “We wanted to really push ourselves and push the boundaries of what we’re allowed to do. We’ve always pushed that envelope, but we wanted to push it more.”

Madness is set to drop April 28 and the band has officially released preorders for the album. Check out the numerous bundles here, including vinyl, pins and various shirts you'll wanta add to your closet.

Listen to “Halo” below and check out when All That Remains is coming to your town!

All That Remains Tour Dates:

5/21 – The Concourse at the International – Knoxville, TN