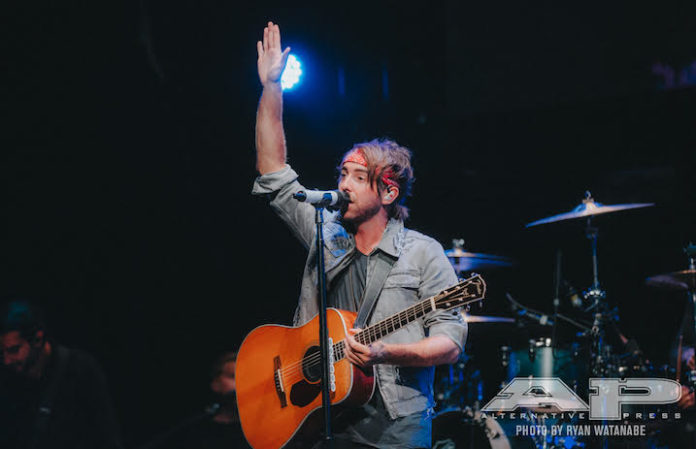 All Time Low had quite the weekend in Vegas after performing at the iHeartRadio Festival along with opening up about their successful year in a new interview with Billboard.

All Time Low has had quite the 2017 with the release of Last Young Renegade, the Last Young Renegades tour, performing on late night television and the 2017 APMAs, but the band took a step back and reflect on the year in a new interview with Billboard.

“It's absolutely incredible that this far into our career, we can still put out records that people like to listen to, to the point of charting like that,” said drummer Rian Dawson.

The band's seventh album, and first under Fueled by Ramen, peaked at No. 9 on the Billboard 200.

“It's like more ammunition to make sure my mom still loves me and still cares about me and appreciates me,” joked guitarist Jack Barakat.

“We had played an award show in Cleveland for the AP Awards and we had a four piece orchestra with us and we listened back and went, 'Oh this is kind of cool!” said Dawson.

It was totally awesome and if you missed it, you can check out their performance below!

“That really inspired it. We kind of came up with this arrangement, did it with these guys live and they crushed it, and it went over really well. It was received really well there so we were like 'what if we just stripped it back and tried doing that again on recording,'” confirmed Alex Gaskarth.

You can check out their full interview with Billboard below!

Watch more: 10 Things You Didn't Know about All Time Low