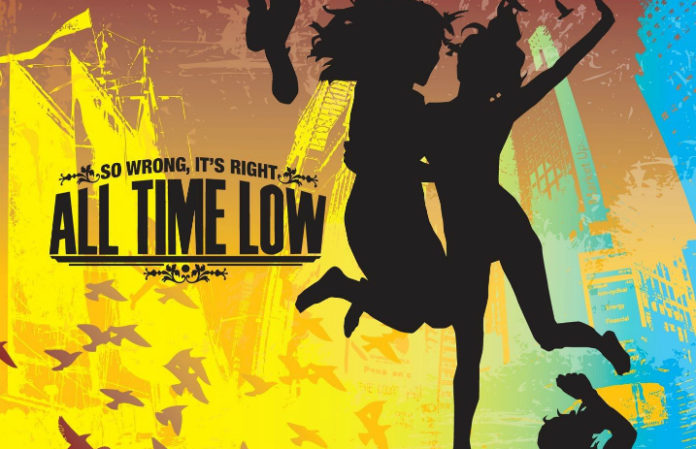 All Time Low fans, it’s not time to give up hope for a 10-year anniversary tour for So Wrong, It’s Right quite yet. In the band’s Facebook Live stream on Fueled By Ramen’s Facebook page, Alex Gaskarth said the band has seen fans asking for an anniversary tour, and he responded with a (potentially) hopeful response.

And when he says it deserves its time again, we couldn’t agree more. Of course, he says they are pretty booked for the next few months in support of their forthcoming record, Last Young Renegade.

The band will be touring extensively supporting the new record, hitting the UK this March, with an Australian tour in May and an American tour supporting Last Young Renegade June through August.

Their new record, Last Young Renegade, will be their Fueled By Ramen debut, and it’s set to drop June 2.

In mid-February, All Time Low announced their signing to Fueled By Ramen and dropped the first single, “Dirty Laundry.” Listen to it and read our interview with frontman Alex Gaskarth about it here.

Here's what he had to say about Last Young Renegade in that interview:

“I think one of the big things as we were working on the record was just pushing ourselves forward. When we put out Don't Panic we hit the reset button on the band, and we started looking at Don't Panic as if it was our first record out of the gate as a more realized version of All Time Low. Then [there was] Future Hearts, and that felt like we started pushing the envelope forward and trying to expand the sound and grow. 'Dirty Laundry' is a continuation of that. It's taking the idea from the last album and continuing to push it forward and explore new things.”

Who would be stoked for a So Wrong, It’s Right tour?! Let us know in the comments below!