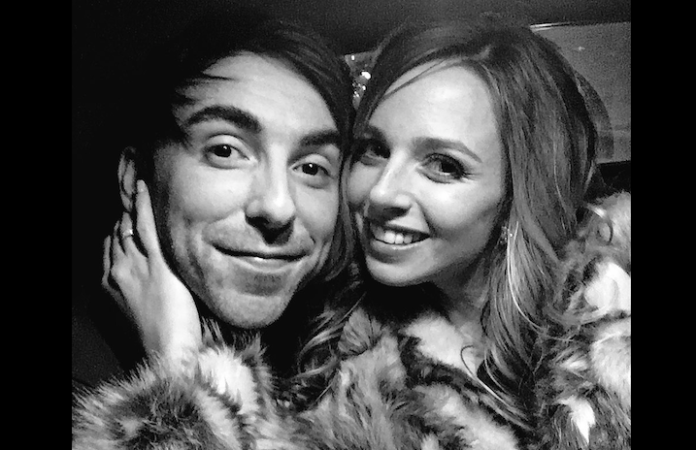 Over the past weekend, All Time Low frontman Alex Gaskarth married his longtime girlfriend Lisa Ruocco. The couple are high school sweethearts and have been together for 12 years. Congratulations, you two!

“We've felt like a family for so many years. This just makes it official,” the couple said to People. “We are so lucky to not only be marrying our best friend, but to have family and friends from all over the world joining us to share in this day and celebrate with us.”

Check out congratulation posts from Alex and Lisa's closest friends who attended the wedding on Saturday evening in Baltimore.

I learned about love yesterday. You can feel in the air around them and see it when they kiss. Ty for amazing day pic.twitter.com/1E5dYdfOkO

Man, what an honor to stand by Alex’s side last night as he and Lisa celebrated their love and got effing married! SO many pics to follow.

I love you @AlexAllTimeLow & @LisaNoelRuocco thank you for allowing me to be a part of your beautiful day. I had an awesome time.

And, of course, the Gaskarths' reactions on social media as well:

We are so lucky to have friends and family like ours. Couldn't ask for better people in our lives. So much love ��

There are no words to describe how incredible yesterday was. I'm so happy to finally be Mrs. Gaskarth!!! Thank you to all of our friends and family for celebrating with us and to our incredible vendors who went above and beyond to make our day perfect. Can't wait to share more pics soon!!! Photo by @jillianbob hair and makeup by @caitlynmeyermua tux by @christopherschafer dress by @inbaldrorofficial bouquet by Simply Beautiful! ❤️❤️❤️❤️❤️❤️

Mr. Gaskarth is returning as one our 2016 APMAs hosts alongside bandmate Jack Barakat. Vote for for him as vocalist of the year here!