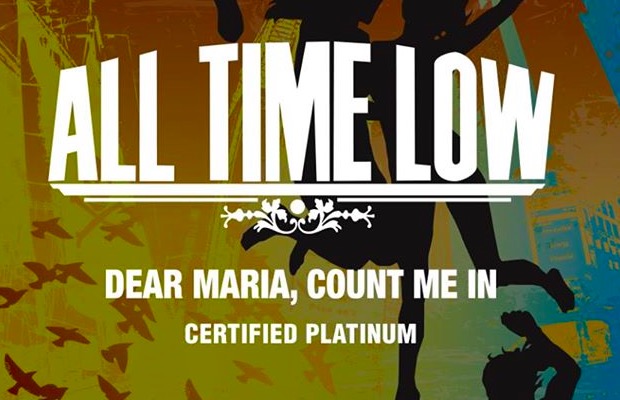 Hot on the heels of having the No. 2 album in the country, All Time Low are continuing their rise to fame with “Dear Maria, Count Me In” officially being certified Platinum. Yes, platinum. Congratulations, guys! Check out a message from Hopeless Records below.

“Dear Maria, Count Me In” is taken from the band's debut full-length, So Wrong, It's Right, which was released in 2008.

Earlier this month, the band debuted at No. 2 on the Billboard Top 200, selling 75,000 copies of their sixth album, Future Hearts, in its first week.

Massive congratulations to All Time Low!! "Dear Maria, Count Me In" is certified PLATINUM!!