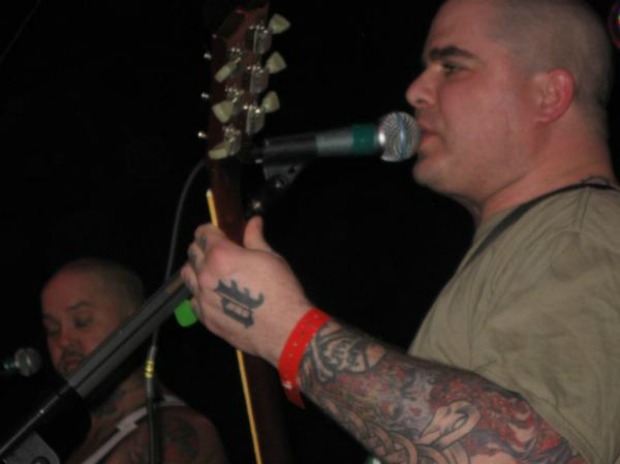 Wade Michael Page, the man who allegedly murdered 6 and was shot by police at the Sikh Temple of Wisconsin yeserday morning, was a known member of the skinhead music scene, according to the Southern Poverty Law Center.

End Apathy, the hardcore-punk band of which Page was the guitarist and vocalist, was founded by Page in 2005 and had released music on Label 56, which is known for its neo-nazi roster and releases.  Page had been active in the scene since roughly 2000 and had played in several other “hate rock bands.”

The band's thinly-veiled racist politics can be read in their Myspace bio: “The music is a sad commentary on our sick society and the problems that prevent true progress.”

In a 2010 interview that has since been removed from the Label 56 website, Page said of his motives to start the band:

“the concept was based on trying to figure out what it would take to actually accomplish positive results in society and what is holding us back. A lot of what I realized at the time was that if we could figure out how to end peoples [sic] apathetic ways it would be the start towards moving forward. Of course after that it requires discipline, strict discipline to stay the course in our sick society. So, in a sense it was view of psychology and sociology. But I didn't want to just point the finger at what other people should do, but also I was willing to point out some of my faults on how I was holding myself back.”

According to the Los Angeles Times, FBI officials are treating yesterday's shooting as an act of domestic terrorism because of clues from Page's past as well as tattoos that are tied to white power organizations.