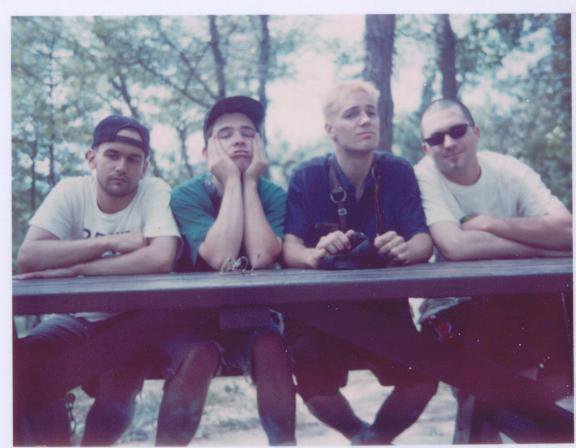 Wisconsin-based ’90s punk band Alligator Gun have announced a reunion show. Scheduled for Jan. 18, 2014 at Turner Hall in Milwaukee, the event is a benefit for the Pablove Foundation and will also feature former Drive-Thru Records act the Benjamins (also reuniting), Vic & Gab, Subside and Chris Porterfield of Field Report. This will mark Alligator Gun's first time onstage since their previous reunion show on Dec. 23, 2006, which was a benefit for the Make-A-Wish Foundation.

Initially active from 1991 to 1997, Alligator Gun gigged with the likes of NOFX, Smoking Popes, Jawbox and more, before breaking up in 1997; their final album, Over And Out, was released posthumously in 1999. The band are likely best known due to bassist Scott Schoenbeck, who went onto play for the Promise Ring and Dashboard Confessional. Additionally, guitarist Mark Dawursk, later of Hey Mercedes, played in the band's final incarnation in the ’90s, but was not a part of their 2006 reunion show. It is currently unclear which lineup will perform at this reunion show, but we're assuming it will be their “classic” lineup of vocalist/guitarists Bill Couture and John Kucera, bassist Schoenbeck and drummer Craig Johansen. You can stream and download the band's entire catalog here.