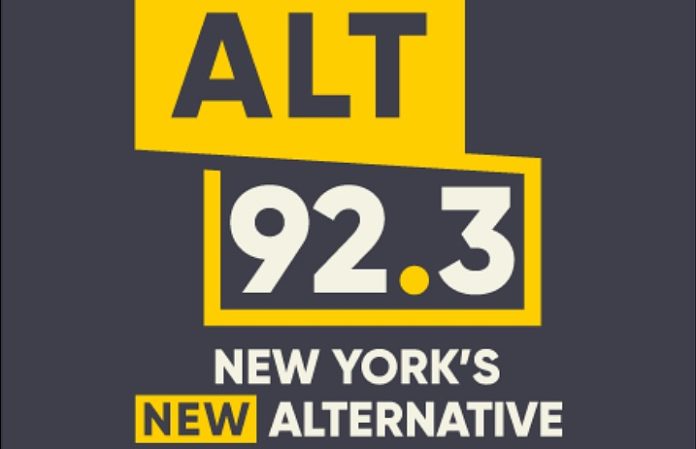 Read more: The Used are being sued by former guitarist Quinn Allman

ALT 92.3 is NYC's first new alt-rock radio station since 101.9 RXP switched to an all-news format in 2011. The new station is celebrating the launch by playing an impressive 10,000 songs in a row with no commercial interruptions. Outside the NYC market for this station? Have no fear. You can stream the alt-rock station here.

The first set of songs to grace the new airwaves included “My Hero” by Foo Fighters, “Walk On Water” by 30 Seconds To Mars, “Kids” by MGMT, “Lay It On Me” by Vance Joy and “Smells Like Teen Spirit” by Nirvana. Not bad for a station who claims it will be “an expertly curated playlist with local, informed discovery.”

Entercom's President of Programming Pat Paxton says, “In a city where alternative music is a way of life, we are thrilled to finally fill the void in radio in New York City. With the launch of ALT 92.3, we will cater to the passionate / core audience who have helped define the genre for decades — and we couldn’t be more excited to turn up the volume.”

Would you like to see more alt-rock radio stations grace the airwaves? Let us know in the comments below.