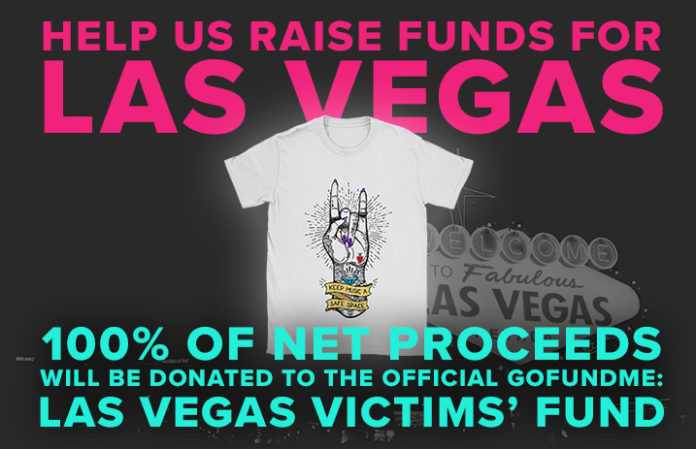 In the wake of the mass shooting at a music festival in Las Vegas that left 58 dead and more than 500 injured, Alternative Press is releasing a limited-edition T-shirt to benefit the victims of the shooting. 100 percent of net proceeds will be donated to the Las Vegas Victims' Fund.

Proceeds from the shirt will go to the Las Vegas Victims' Fund. You can also donate separately at the fund's GoFundMe page.

In the wake of the tragic mass shooting that occurred last night, Las Vegas residents are lining up en masse to donate blood for the victims. Plus, Uber is offering free rides to and from blood donation centers and select hospitals in Las Vegas, which you can find here.

The shirt is currently available now on the AP webstore. Pick yours up below: