Welcome back to AltPress Weekly. It’s hard to believe we’re already at our fourth installment of our weekly roundup, which gathers up everything we want you to check out.

Each week, we showcase longtime favorite tracks and brand-new cuts. We also focus on all the things happening at Alternative Press, as well as the latest news that has us particularly excited.

July is here, but we only wrapped our extensive Pride Month coverage a few days ago. As the summer heat looms, we’re also looking back on a month full of great interviews, lists, exclusives, playlists and premieres. There’s also a ton of new music to check out this week, so let’s get into it!

In our latest Pride digital exclusive, Hope Giselle spoke with Yves, better known as @The_YvesDropper. Yves is a multi-talented individual who blurs lines separating music, modeling and social engagement. He built a presence in the public conversation for his outspoken support of vulnerable members of the LGBTQIA+ community. He also stood out for his willingness to fight for the Black Lives Matter movement. Yves’ unique style and persona have won him the attention of major fashion designers such as Thom Browne, Burberry and Calvin Klein, as well as the broader fashion community. During the interview, Giselle asked about Yves’ sources of joy and inspiration, his commitment to fighting for transgender individuals and his goal of making “baby-making music” where “people can dance with their babies too.”

Eyedress, aka Idris Vicuña, has revealed his new album, Mulholland Drive, is due Aug. 27 via Lex Records. The record is the fourth installment to come out of Vicuña’s Eyedress project and features collaborators including King Krule, Dent May, DâM-FunK and Vex Ruffin. In tandem with the announcement, Vicuña released two singles: “Prada” (feat. Triathalon) and “Brain Dead.” “Brain Dead” is a driving post-punk track, setting dramatic instrumental stabs over a cold, machine-like drum track. Meanwhile, “Prada” is characteristic Eyedress, constructing a distinctive mood from a blend of lo-fi instrumentals and throwback R&B beats. That track was also accompanied by a new video directed by Thomas Dang (Freddie Gibbs, A$AP Rocky).

boyband has dropped his new album, never knows best. The Dirty Hit release is the follow-up to the artist’s 2020 debut, alone in a boyband. We’ve seen hints of the upcoming release in “birth by sleep.” We also shouted him out in our May installment of 40 Artists You Need To Hear. Now, the record is out, and it truly delivers. The release is perfectly suited for anyone who doesn’t like to remain trapped by neat genre lines. “jordan year” shows love to classic R&B, while “how 2 say ur in love” perfectly captures the spirit of raw, contemporary pop punk. Meanwhile, “stitches” neatly deconstructs pop punk, distilling its fundamental elements to reveal a minimal, guitar-driven track. 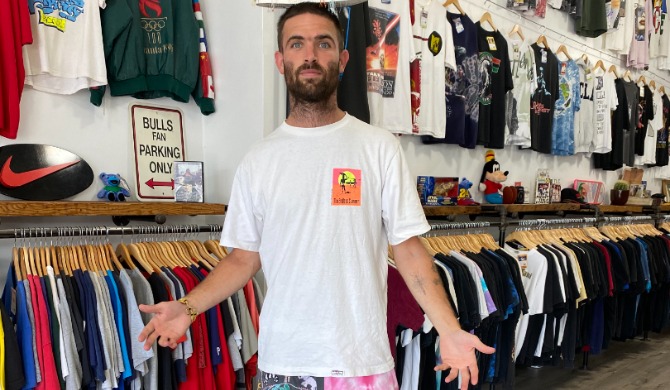 This week, we’re running Josh Madden’s interview with Sean Wotherspoon. A co-founder of the iconic clothing and shoe store Round Two, Wotherspoon has been making an impact on the streetwear community for years. Round Two has been a leading voice in the world of alternative fashion and has since expanded from its Richmond location to include shops in Los Angeles, Chicago, New York and Miami. Wotherspoon is also well known for his 2018 Nike Air Max 1/97 and his environmentally conscious ZX 8000 SuperEarth™ for adidas. During the interview, Madden asked Wotherspoon about his alternative influences, his roots in the skateboarding community and his desire to help people discover new things in fashion and alternative culture more generally.

This week, our beloved Punk Professor Tim Stegall is back with an entry on the best punk and hardcore singers of the 1980s. Stegall’s article shows that the ’80s were an underrecognized moment for vocalists. The decade bred major icons in punk even as it saw revolutions in the genre. “Surprisingly, there were more actual singers in the traditional sense in ‘80s punk than in the ‘70s variant. They usually worked more within the punk format than hardcore. Yet, even the most 600 mph thrash bands could produce singers of Glenn Danzig’s caliber.” Stegall’s list also calls attention to other major pioneers, including Bad Brains’ H.R., the Dicks’ Gary Floyd and X’s John Doe and Exene Cervenka.

This week, we wanted to shout out the Internet, who celebrated their 10th anniversary this year. Their 2015 album Ego Death is a regular in my rotation. Featuring collaborations from a wide range of artists, including Janelle Monáe, Vic Mensa and Tyler, The Creator, the album received a Grammy nomination for its tour-de-force exploration of genre and groove.

In February, the Internet’s Syd returned with the sultry ballad “Missing Out.” In an interview with The Guardian, the musician described her unexpected and uneasy relationship with her position as a vocal leader in the group. “The only reason I started singing was [because] Matt and I had written and produced this album, and we didn’t know any singers who didn’t already have their own shit going on,” Syd says. “I ended up recording some demos. They were just meant to be rough references that we could give to other people to sing, but we couldn’t find anybody, so we just left it. I’m a songwriter.”

The influence of the Velvet Underground

Ever the overachiever, Stegall also somehow found time to write a love letter to punk godfathers the Velvet Underground. Surely, many punk fans have come across that famous (and often misquoted) line from Brian Eno: “I was talking to Lou Reed the other day, and he said that the first Velvet Underground record sold only 30,000 copies in its first five years. Yet, that was an enormously important record for so many people. I think everyone who bought one of those 30,000 copies started a band!” As if testing out Eno’s hypothesis, Stegall takes a deep dive into the legendary act. Along the way, Stegall traces lines of influence to a number of pivotal rock groups, ranging from New York Dolls and Richard Hell to David Bowie and Sonic Youth.

The influence of Bob Dylan

We’ve highlighted that other leather-clad, criminally cool auteur of the 1960s. We recently posted a list focused on Bob Dylan, showing how he also inspired a wide range of musicians. The article shows the full extent of Dylan’s legacy, touching the careers of diverse artists from Patti Smith and Adele to Rage Against The Machine and Post Malone. The listicle also shows off the significance of Dylan’s contributions in their own right. Dylan emerges as a forward-thinking artist who surpassed nearly all of his peers in his innovative approach to music. Recently, fans were greeted by exciting news, as Dylan returns to his first broadcast concert in nearly 30 years. The artist has partnered with Veeps to offer an exclusive livestream, set to air July 18. Titled “Shadow Kingdom,” the event will highlight the iconic performer’s lengthy career as an artist and his broad-reaching musical influence. 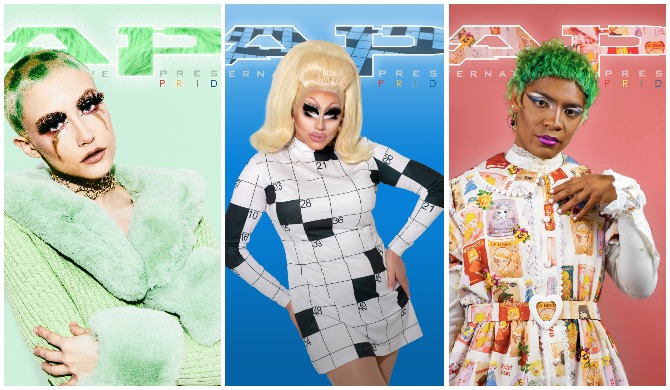 In June, we published four Pride digital exclusive covers. These features were meant to highlight creative members of the LGBTQIA+ community who are accomplishing great things and making a difference in the world. Readers have already encountered our fantastic interview with Yves, but we launched our series with a deep and thoughtful interview featuring chloe moriondo. We followed with the always funny, always insightful drag queen sensation Trixie Mattel.

From there, we turned to Kane Caples, who has been transforming the worlds of skateboarding and fashion while also working to better their community and speaking out for transgender and nonbinary individuals. At AltPress, Pride is more than a month and more than an occasion for brief acknowledgment. For this reason, we’d also like to shout out issue 390 cover star Orville Peck and issue 392 cover star Phoebe Bridgers, two artists who are also pushing stylistic boundaries and representing their community.

Our Spotify playlists are updated regularly to guarantee you have access to the newest and most exciting tracks in music. From Top Alternative and AltPop Essentials to Future Of Alternative and Top Women Empowerment Songs, we embrace the entire spectrum of artists and eras that define alternative styles. This week, we wanted to highlight our New Alternative playlist. We can’t get enough of the classics. However, we believe that alternative music is a constantly evolving tradition that brings new and innovative artists to the forefront every day. Our New Alternative list gathers up our favorite tracks from returning favorites and rising stars. As a result, you can find a wide variety of cuts from COIN, Paris Texas, Travie McCoy, DE’WAYNE and many others.