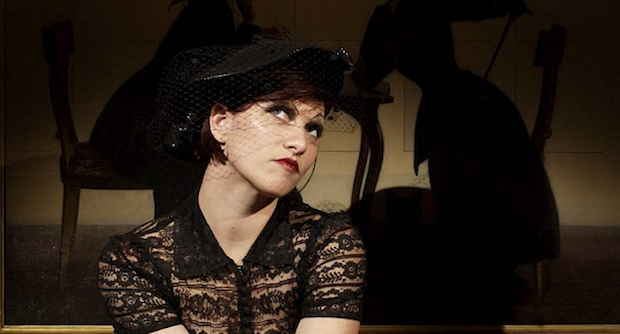 Amanda Palmer And The Grand Theft Orchestra have released a music video for “The Bed Song” from Palmer's latest album, Theatre Is Evil. The video was shot at Bard College last summer and directed by Michael McQuilken. Watch it below and

“When I wrote the script for 'The Bed Song' video, I knew it could either turn out looking like a heartbreaking piece of filmed theater or a bad soap opera. I think we achieved the former, but only due to the lucky, lucky alchemy of people and resources that collided to make it happen,” Palmer saidof the video in a statement. “The director, the designer, the location, the impossibly talented range of actors…all of them came together with the kind of unlikely timing that happens once in a lifetime. If I never make another music video, I'll die happy knowing I made this one.”