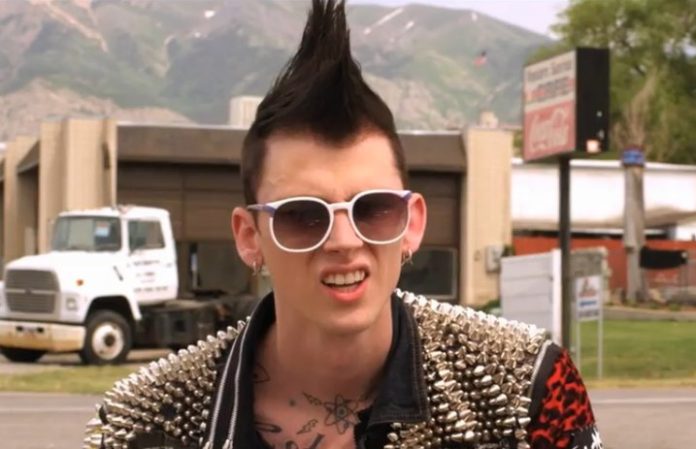 It’s a never-ending debate: What really is punk?

Music, fashion and lifestyle all play into to that definition—however, when it’s time to really get down to the heart of that universal term, all those subjective measures just don’t make the cut.

Unlike genres and band T-shirts, no one can argue with numbers. That’s something that visual storyteller Matt Daniels knew when he partnered with Converse to create “Crowdsourcing the definition of ‘punk’”—an interactive graphic that uses numbers to determine what defines punk.

Read more: From the Smiths to Green Day, map explains the detailed history of alternative music

First released almost exactly a year ago, “Crowdsourcing the definition of ‘punk’” brings the reader through mesmerizing data visualizations that display what bands are considered punk and its array of subgenres.

How? Well, Daniels pulled data from Spotify and YouTube playlists with “punk” somewhere in the title. He then extracted which bands were included in each of those playlists. There you have it: Crowdsourcing the definition of punk from the people who matter most, its consumers.

The website features a flashing header that flips through different band names above “is punk.” For example: “State Champs is punk,” “Say Anything is punk” and “You Me At Six is punk.” Stare at it for five minutes—we guarantee you’ll find one of your favorite bands.

“In high school, I discovered my first punk band: Blink-182. Except anyone born pre-1980 said it was blasphemy to call Blink-182 ‘punk’ music,” Daniels says in the first paragraph.

Interestingly enough, Daniels found that Blink-182 were on more playlists labeled punk than any other band, just ahead of Green Day. Also in the top 10 were the Offspring, Sum 41, My Chemical Romance, All Time Low, Panic! At The Disco and Fall Out Boy.

From there, Daniels calls punk an “evolution” and suggests that in 2035, Fall Out Boy will be what kids define as “punk” back in the good old days—aka 2015.

Bring Me The Horizon, on the other hand, spans the screamo, metalcore and hardcore genres.

QUIZ: What pop-punk song are you?

To that end, Daniels’ final argument is “genres exist entirely in our heads” before displaying a picture of his Chucks, taken by Converse.

To see the full story—which includes some beyond amazing visuals—go here.

It was first published on Polygraph, a website that features stunning visual essays that answer a compelling question, that avoid longform prose and that stick to code and data instead. Daniels is Polygraph’s founder.

What do you think about this fascinating argument? Let us know your thoughts in the comments.