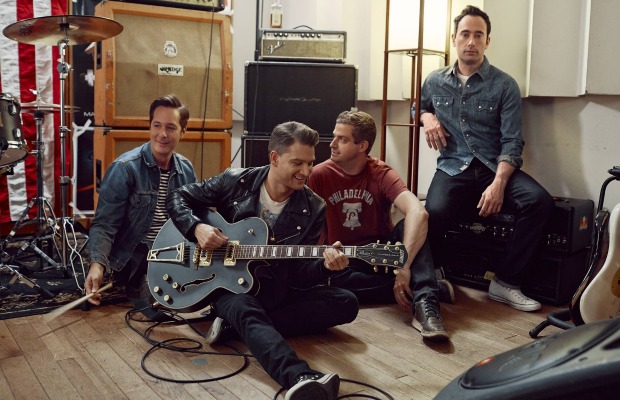 American Hi-Fi have released a new music video for “Golden State.” The track is taken from the band’s upcoming studio album, Blood & Lemonade, which is their first in five years—set for release on September 16, 2014 via Rude Records. We premiered the song's lyric video, frontman Stacey Jones had this to say about the real deal:

“We shot the video for 'Golden State' at my studio in Los Angeles. The idea was to shoot the band in the same environment that we made the new record in. We also got some B-roll of us cruising in my ’64 Chevy truck that I have been restoring. The palm trees and sunlight tie in the theme of the song. The Golden State, California, a place that can give you new life if you believe in yourself.”

If you missed it, hear another new song, “Allison.”