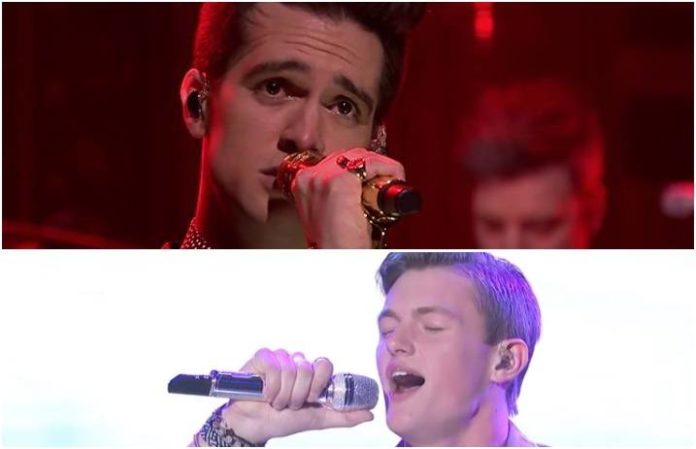 American Idol contestant Jonny Brenns shared his take on a Panic! At The Disco classic—”This Is Gospel”—last night. And safe to say, reactions to his performance have been… mixed.

The final 14 contestant did impress the judges, and you can check out the performance for yourself below:

But Brenns' take on “This Is Gospel” got mixed reviews from Panic! fans on Twitter:

mom just yelled and said “someone on American Idol is singing Panic! At the Disco” stg i have never dropped my phone and gotten tf outta bed so fast in my damn life

NOO WHAT ARE YOU DOIN YOU CANT SING PANIC AT THE DISCO, ESPECIALLY NOT THIS SONG #americanidol

I’ve never watched American idol. But I walked into a panic at the disco song. And let me tell you, they were no Brendon Urie.

panic! at the disco sweetie i'm so sorry #AmericanIdol pic.twitter.com/X206p6smpU

What did you think of the American Idol performance? Comment below and let us know!