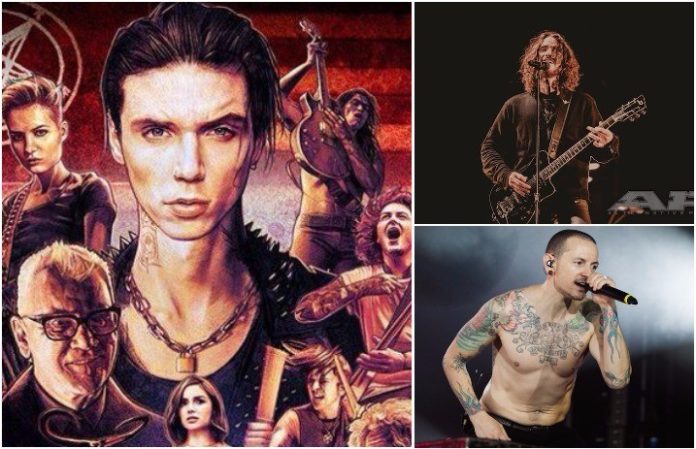 American Satan is all about rock ’n’ roll, and the movie’s band—the Relentless—have shared a video for the track “Hey Hey, My My (Into The Black),” paying tribute to all the legends the world has lost since production on the movie began.

Read more: American Satan opens up to positive fan reviews, but the film has its flaws

Watch the touching tribute video below:

Featuring Andy Black and Asking Alexandria's Ben Bruce—and vocals from Palaye Royale's Remington Leith—the Relentless are portrayed as a group who “drop out of college and move to the Sunset Strip to chase their dreams.”

The rock music-themed movie is currently in theaters.

What are your thoughts on the touching tribute? Let us know in the comments below.