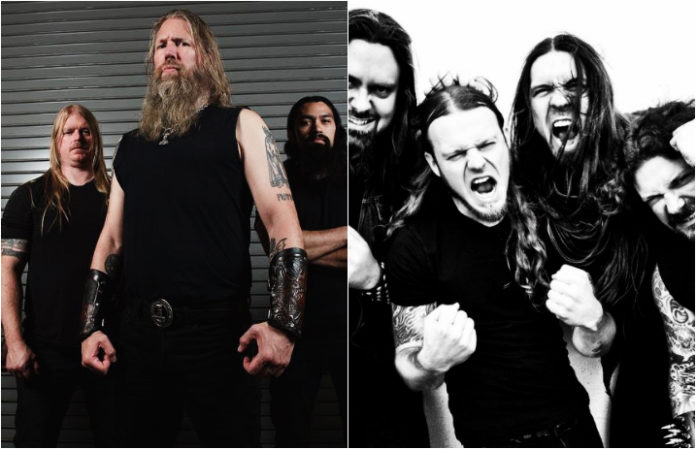 After touring this past year in support of their new album, Jomsviking, Swedish metal band Amon Amarth announced that they will head back on the road this spring for a U.S. tour with Goatwhore, with special appearances at some of the nation's biggest music festivals: Welcome to Rockville, Carolina Rebellion, Dark Lord Day, Northern Invasion, and Rock on the Range.

Read more: Our Most Anticipated metal albums of 2017

“United States! We return to your lands this Spring and we will raid and plunder your little cities as we please,” Amon Amarth says. “For the first time we will be sailing our longships towards the curious native celebrations called 'The Loudest Month' (Welcome To Rockville, Northern Invasion, Carolina Rebellion & Rock On The Range) where we will sack and burn them to the ground and feast on the spoils. Our good friends in the almighty Goatwhore will be joining us on this voyage on all headline shows. You have been warned.”

Amon Amarth released their tenth full-length Jomsviking in March of 2016 through Metal Blade Records, and it was the band's first concept album.

“The Jomsvikings were a shadowy and legendary sect of Viking mercenaries… Ruthless and deadly warriors who fought for the highest bidder, their code was simple: Show no fear. Never retreat. Defend your brothers, and when called upon, avenge their deaths,” frontman Johan Hegg tells Blabbermouth.

“I felt we were finally ready to use their story as the jumping off point for an Amon Amarth album.”

Goatwhore released their sixth studio album, Constricting Rage Of The Merciless, back in 2014.

“We are looking forward to hitting the road with Amon Amarth and playing some raw as fuck metal for you people,” Goatwhore's Ben Falgoust says. “Show up with your anger and let's make some chaos happen. I know you all need to vent some issues. Let's do it together and crush the opposition. I also hope by the end of this tour I can try to be as cool as Joe Grindo from Theories.”

Tickets go on-sale this Friday at here. Check out the full list of cities and dates below!