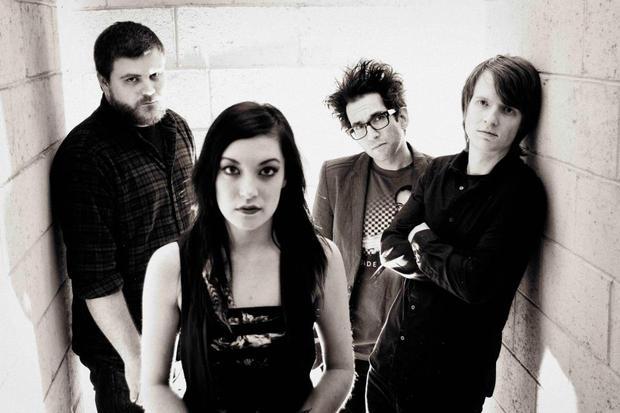 The Company We Keep have announced that vocalist Amy Brennan has left the band. They will be holding open auditions for a new vocalist, which they specified is an open to both male and females singers. Below you can read the full statement from the band on the departure, including instructions for auditioning.

“We've been a bit quiet in the past weeks, winding down from our short summer tour, and gearing up to begin finishing many many demos as we move closer to tracking our first record.  Thank you to anyone and everyone who came out to see a show on this past tour!  We appreciate it very much, and we had a blast.

I wish i was writing simply with good news about the progress towards the tracking of our first album, but sadly we now face a very difficult set back.  Amy Brennan, our friend and singer, has decided that she would like to move on and pursue other options in her life.  She will be extremely difficult to replace, and we're very sad to see such a talented and amazing person leave our band.  In the coming months you will most likely be seeing a lot of Amy as she explores other ventures and goes on to great things, so be prepared!

As for TCWK, while this will obviously slow us down, we have no intentions of giving in.  With nearly 30 songs in the cue at the moment, and we're working on finishing demo versions of all songs and getting things in line to track an album as soon as possible.  Obviously in order to do this, we're going to need a voice to make it all work!

We've decided in an effort to reach as many interested parties as possible, we'd love to make this a a very open audition process.  We also don't want to exclude anyone simply because of what we once had, so while we would still like to have a female singer, we welcome any men to give it a shot as well if interested!

Step 1: Read the criteria below

Step 2: email us a link, preferably a video, of you singing anything!  '90s alternative rock covers will move you to the top of the list, but videos of any actual performances with current/previous bands would be great as well.  From there, if we like what we've seen/heard, we will send you one of the songs from our Making Moves release, sans vocals, and ask you to record your own version of the song so we can hear your voice in context with our music.

Step 3, if there is a Step 3, would be making a trip to Michigan to work on some of our newer songs, and see if we all get along and work well together.

What we're looking for:

– must be ready, willing, and able to tour 8-10 months a year and love being poor

– previous band/tour experience is a major plus

– being able to play an instrument is also a major plus

– you think Stabbing Westward used to be awesome

If you're interested in being heard, please send a video/mp3/streaming link to [email protected]  If you send music only, please include a photo!  We're excited and look forward to your submissions, and hopefully soon we'll be announcing the new singer of this band and making a record!”