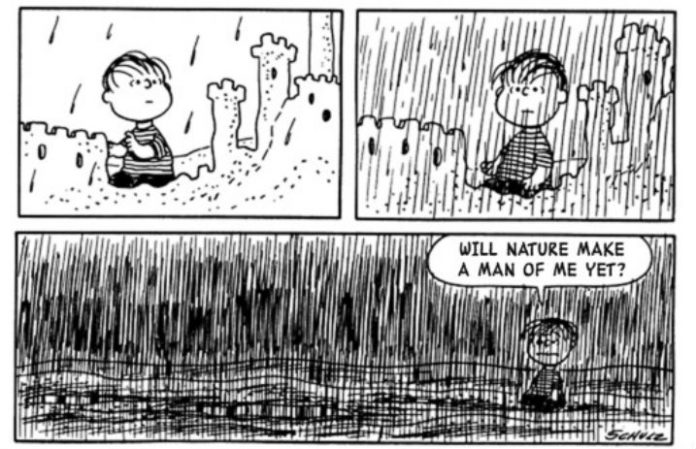 Peanuts comics are usually pretty lighthearted and fun in nature, but not after graphic designer Lauren LoPrete adjusted them with sad Morrisey lyrics.

LoPrete runs a Tumblr titled “This Charming Charlie,” which definitely isn't a pun on the accessory store. Instead, it's a pun that combines Charlie Brown's name with “This Charming Man,” one of the most well-known songs by the Smiths. Her edits turn the comics on their heads; instead of being happy children's scenes, they're instead depressing as heck with the Smith's lyrics.

And the blog is full of some gems.

Check out some of the comics below, and let us know what you think in the comments.