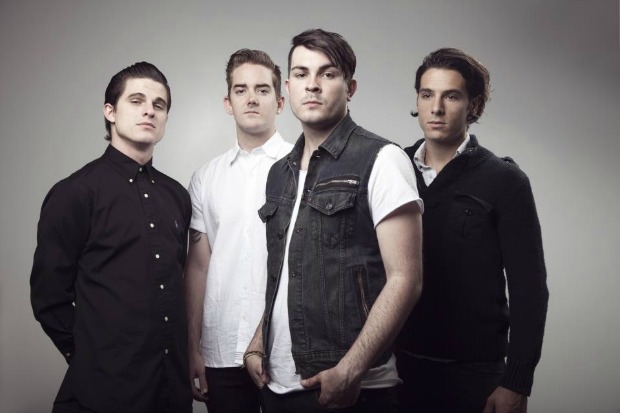 After a ton of quiet since their last record, Anarbor bounced back from the brink and into the recording studio last year. A few months later and frontman Slade Echeverria announced on Twitter that the band's new album is finished. Check it out below.

Read more: Anarbor will return with new music this year

Happy to announce the @Anarbor record is finally finished. Can't wait for you to hear <3 pic.twitter.com/dh9quwlvOV

In August 2015, Anarbor posted this video on their Twitter, indicating that members of the band were doing something in a studio together:

Since then, it was revealed Anarbor was making a new album. The band has been updating on the recording process:

We demoing.. For new music.. Don't call it a comeback @AnarborGreg pic.twitter.com/XliYwKh9K6

at the helm. Deciding on which vocal melody to track. pic.twitter.com/qRWsow0tVk

In between Anarbor's quiet and now, Echeverria worked on a new project: powerhouse indie newcomer WLFPCK (who still are active as well). Anarbor's latest album Burnout released in 2013 via Hopeless Records. Here's a full update from Echeverria himself, posted on Facebook in January:

“Just wanted to give an update on everything I've been doing musically. Last year I started a new band called WLFPCK. We recorded two eps that were released throughout the year and we plan on releasing more as this new year rolls around. It's been by far some of the best material I have been apart of and I can't wait to see what the future holds for us. On another note, about 3 months ago I decided to start demoing for another ANARBOR record. Greg Garrity Adam Juwig and I have been working hard to put together a full length that will hopefully be released within the next few months independently. We will be doing the record with Matt Keller here in Arizona. No record label, no fancy producers, just us. I'm extremely excited to get some new material out for a band I've put some much hard work into over the past 9+ years of my life. Thanks for the support from friends and family with both of these projects. Hope to have new music out for you soon”