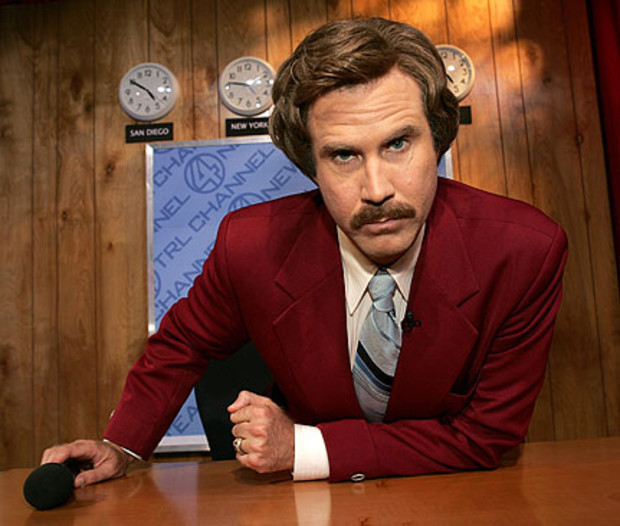 The new trailer for Anchorman 2: The Legend Continues is now out, and it's clear that the film's mustachioed hero, Ron Burgundy, is in for some changes: a new decade (the '80s) and a new town (New York City).

The sequel to the 2004 comedy Anchorman: The Legend Of Ron Burgundy follows Burgundy (Will Ferrell) and the rest of the news team–Brian Fantana (Paul Rudd), Champ Kind (David Koechner) and Brick Tamland (Steve Carell)–travel to New York where Burgandy is recruited to join the new 24-hour news network. Also joining the cast are Kristen Wiig, James Marsden and Harrison Ford.