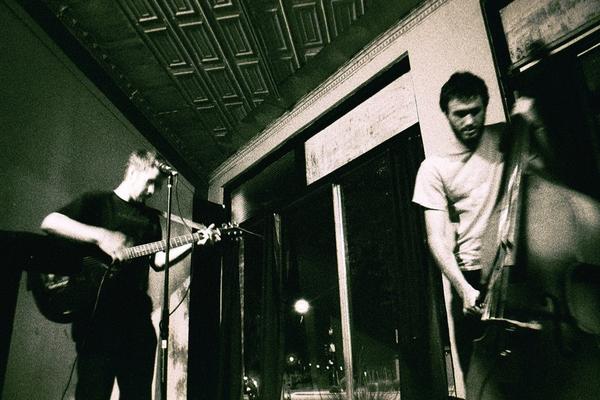 Folk-punk group Andrew Jackson Jihad are just wrapping up their European tour  and in the meantime have signed with SideOneDummy Records and been in the  process of putting together their new album, Christmas Island, which was recorded last June and is due out May 6.

It would be criminal to say that Andrew Jackson Jihad don’t just have a way with their lyrics. Hard-hitting and equally as honest as they are humorous, the songs in Andrew Jackson Jihad’s collection are eclectic to say the least, and the band keep it up with their release of single “Children Of God,” which you can check out below.

The album includes guest musical contributions from Dylan Cook on mandolin and  Jamie Stewart (of Xiu Xiu) on vocals.

“We believe that it is our best work so far. The album represents a special kind  of growth for us. A growth fertilized by the joy of collaboration and a revitalized  appreciation of art and process,” says the band via their Facebook announcement.

The band will be hitting Germany, Belgium, and Canada in their last few tour dates for this season.