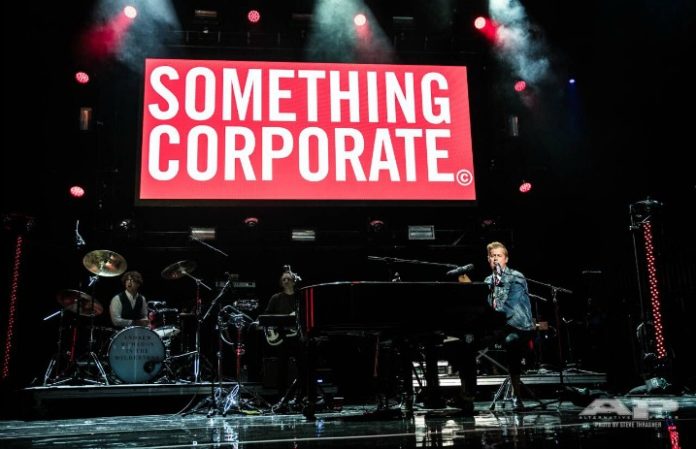 Andrew McMahon In The Wilderness said hello to the 2017 APMAs with a stellar, career-spanning performance.

Not only did he bring his solo hit “Cecilia And The Satelitte” to The State Theater stage—but also, to the delight of fans, dipped into the Something Corporate and Jack's Mannequin catalogues as well. Take a nostalgia trip and watch the performance below.

His newest album, Zombies On Broadway, dropped Feb. 10 and followed up his self-titled debut. He supported the one and only Billy Joel for a date this past June and then again last Friday, July 14 at Cleveland's Progressive Field.