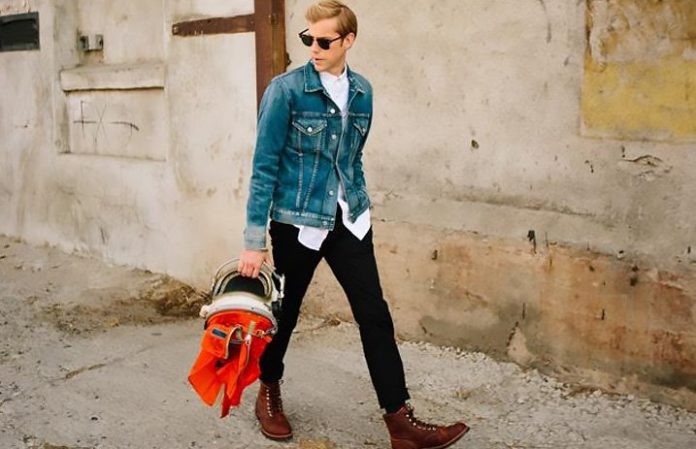 Andrew McMahon has taken a rare political stance and has asked the GOP and Counselor to the President, Kellyanne Conway to stop using his music at the annual Conservative Political Action Conference that's currently happening this week in Maryland.

Read more: Andrew McMahon balances “the beauty of a life that is lived both well and hard”

McMahon posted the statement to his Instagram along with a hand-written note featuring “HEY CPAC, TAKE ME OFF YOUR PLAYLIST” He begins by explaining how he has chosen to keep politics and his musical platform separate.

“Honestly, it's something I struggle with daily, but I hold that line out of respect for my fans and out of disgust for the state of American politics,” writes McMahon.

He continues, “I feel in this climate, my greatest contribution could be to remind people as they stand side by side in a live music venue that we are not as different as our televisions and our political leaders would like us to believe.”

It's pretty clear that McMahon would be against any political party using his music, but because the GOP and Conway publically did it is what caused this statement.

McMahon is far from the first musician to ask the GOP or a member of the Republican Party not to use his music. In October, The White Stripes denounced Donald Trump for using “Seven Nation Army” in a campaign video.

“The White Stripes would like to unequivocally state that they have nothing whatsoever to do with this video,” the band wrote in a Facebook post . “They are disgusted by this association, and by the illegal use of their song.”

Politicans use music without permission so often that popular late night host John Oliver created an entire segment on musician responses to the unauthorized use of their songs in campaigns, citing Dropkick Murphys and Scott Walker has a prominent example.

I have done my best to keep my politics and my platform as an entertainer separate. Honestly, it's something I struggle with daily, but I hold that line out of respect for my fans and out of disgust for the state of American politics. I believe that today's hyper-politicized world is a serious distortion of reality. I believe that neighbors who disagree with one another have the capacity to find common ground and regularly do. I believe the politicians we elect to represent us and the diversity of our opinions and lifestyles, are failing us by not seeking that common ground. I've chosen to stay publicly apolitical because there are few spaces left that have not been politicized. I have immense respect for those who use their platforms to rally people to that which they believe is right and true. Still, I feel in this climate, my greatest contribution could be to remind people as they stand side by side in a live music venue that we are not as different as our televisions and our political leaders would like us to believe. With this in mind I would appreciate it if politicians and representatives of political parties would refrain from the public use of my music as KellyAnne Conway and the GOP did today at their CPAC convention. My music is about uniting people through our common experience and is not intended as hype tracks for political dog and pony shows.