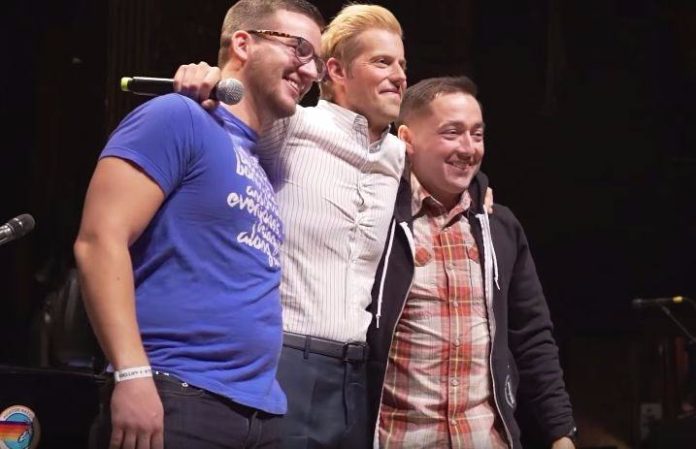 Andrew McMahon’s Dear Jack Foundation has done so much good, and it continues to do so, after bringing together two strangers to save a life via bone marrow donation—because of a decision made at an Andrew McMahon In The Wilderness concert in Colorado.

It was thanks to McMahon that Doug decided to donate bone marrow, which saved Chris' life. And it’s through McMahon that the donor and recipient were able to meet.

The two men first met on stage with McMahon at a Dear Jack Benefit Concert, and seeing them meet gives us so much joy. (We'd also like a few tissues—we're a little emotional.)

Not to mention, Floyd’s 99 provided them both with haircuts and fresh shaves before meeting on-stage at the concert. What's cool? Andrew McMahon teamed up with Floyd’s 99 because he remembers his first haircut during remission being a major milestone in his life.

Watch the emotional video below:

Love this heartfelt first introduction as much as we do? Let us know in the comments below!